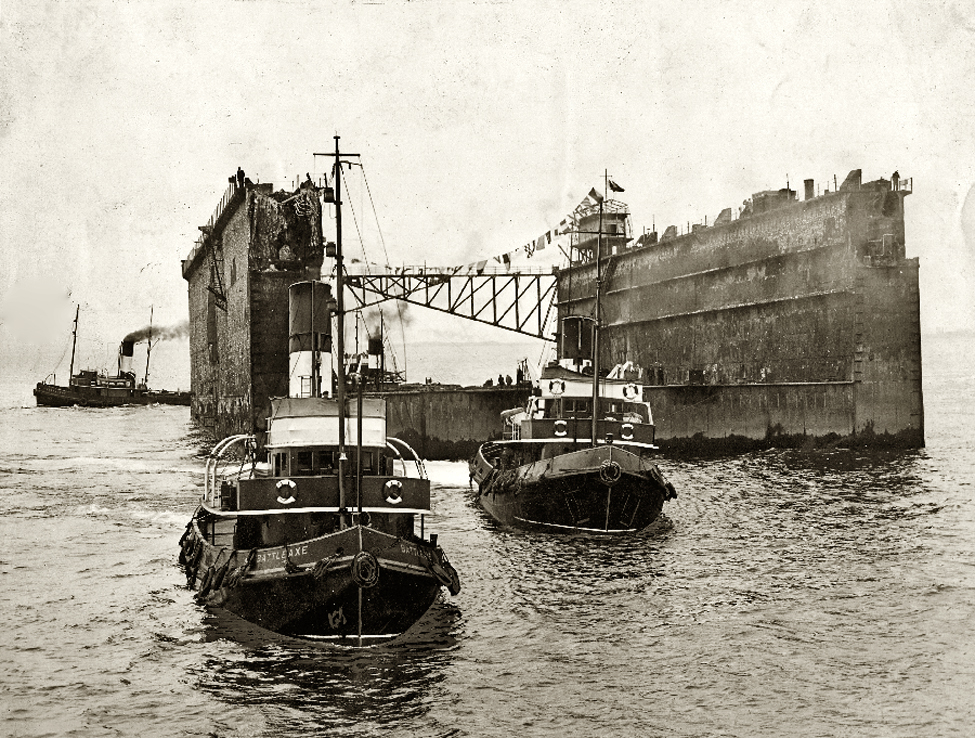 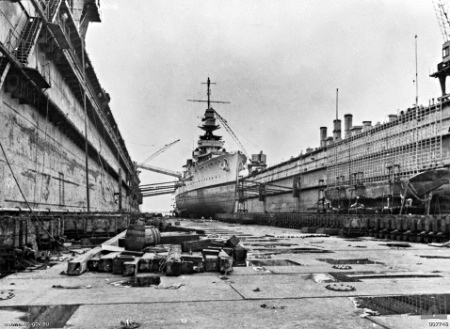 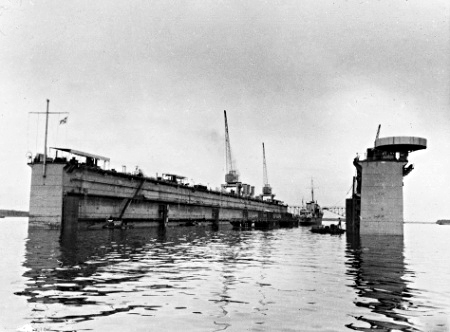 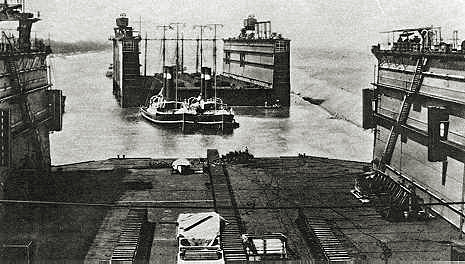 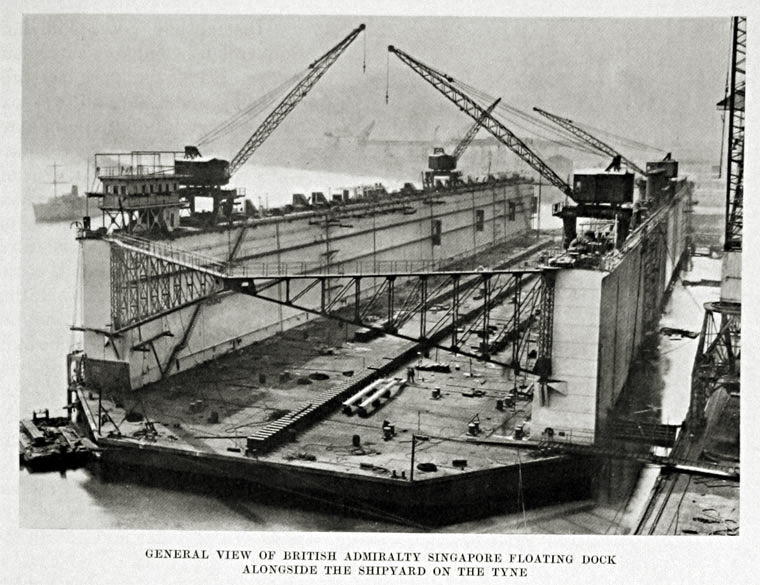 Swan Hunter supplied thiis large naval Floating Dock in three sections.  The mid-section, comprising three sections altogether, was the largest, the other sections were the fore and aft ends which were joined together for the delivery voyage.  The middle section was twice the size and weight of each of the other two sections, and contained the machinery, workshops and accommodation.  The complete Dock took Swan Hunter only 10 months to construuct, an excellent achievement considering the size of this massive structure.  It was designed to take up to three Destroyers abreast, or the largest Warship. Displacement was just over 50,000 tons

Following on about one week later the second tow was lead by the Dutch Lead Tug WITTE ZEE accompanied by HUMBER, JAVA ZEE and OOST ZEE.

The towage weight was 12,350 tons, Draught 7 feet, Height of walls above sea level 70 feet.  The tow speed was estimated to be around 3 mph.

The voyage course would take them via Gibraltar, Algiers, Malta, Suez Canal, Aden and Colombo before the final haul to her final delivery point – Singapore.   Whilst the ETA Singap[ore had been set for 14th November 1928, the tow went very well and they arrived on the 12th and 15th of October respectively, a credible performance.  Passing through the Canal was perhaps the trickiiest portion of the voyage, the cllearannce between the 178 foot Dock being only 10 feet on either side at the Canal's narrowest points.

At the fall of Singapore, AFD 9 was scuttled before the Allies pulled out.  The Japanese, however, managed to repair and refloat the Dock for their own use.  On 1st of February 1945, 113 USAAF B 9-Superfortress bombers from the 58th Bomber Wing set out for the Japanese-held naval base at Singapore and no less than 67 of these bombers attacked the AFD 9 Dock, complete with the Japanese oil tanker SHIRETOKO berthed inside her.  Singapore was liberated by the British on 6th September 1945, and on 29th November 1946 AFD 9 was repaired and refloated in late 1952.

The Dutch tugs Zwartzee and Thames towed part of AFD 9 back to the UK for demolition, the rest of the Dock being broken up in Singapore.  At a later stage of the tow a third tug, the Ostzee joined the tow for the final part. The voyage back took over a year as they had to lay over at Malta, to avoid storms in the Bay of Biscay.

The following set of photographs were kindly donated with the permission of the excellent World Naval Ships Forum, which is well worth a look  :  http://www.worldnavalships.com