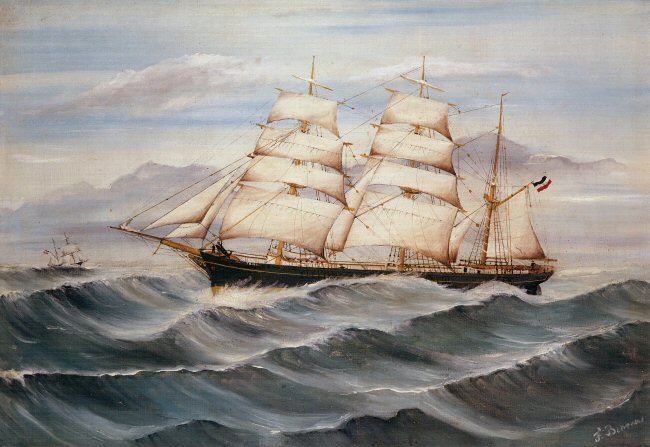 In 1924 the TONI made a passage in 115 days with grain from Port Adelaide to Cork, where she was bought by the "Adler" Reederei of Hamburg.  Because of financial difficulties, occasioned by the inflation of the German currency, it was decided she should be sent for breaking.

The image shown is a painting and whilst not guaranteed to be the TONI is considered very typical.

The second image is the anchor of the TONI, now a permanent feature on the Troon foreshore.