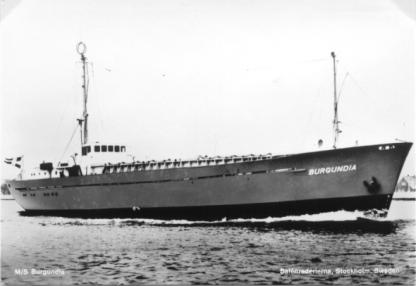 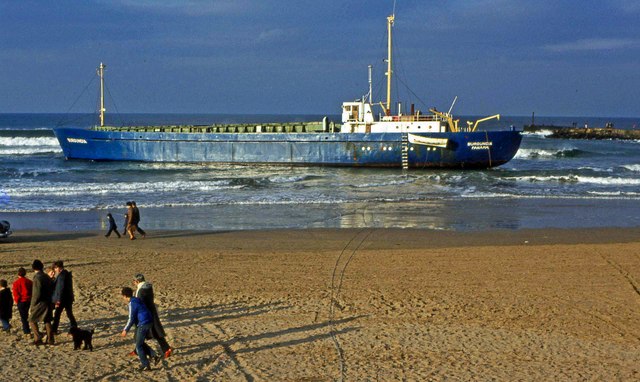 1964  –  Launched as Burgundia on behalf of Scheepv. Maats. 'Ella' of Amsterdam, Netherland

1981  –  Stranded on shore near Castlerock, Northern Ireland, on fire later, then declared a CTL and went for scrap

On 08-02-1981, whilst on an outbound voyage from Coleraine to Portugal with a cargo of 400 tonnes of seed potatoes, the Burgundia ran ashore on the beach at Castlerock, near Coleraine, Northern Ireland.  On 20-02-1981, a fire destroyed her Bridge and Accommodation.  Her cargo of seed potatoes was discharged from the vessel onto lorries.  On 06-03-1981, the stricken vessel was successfully refloated and then towed to Belfast where she declared a Constructive Total Loss and later renamed Bur for her final voyage, under tow, to the shipbreaking facilities at Troon, Ayrshire, where she arrived on 02-06-1981