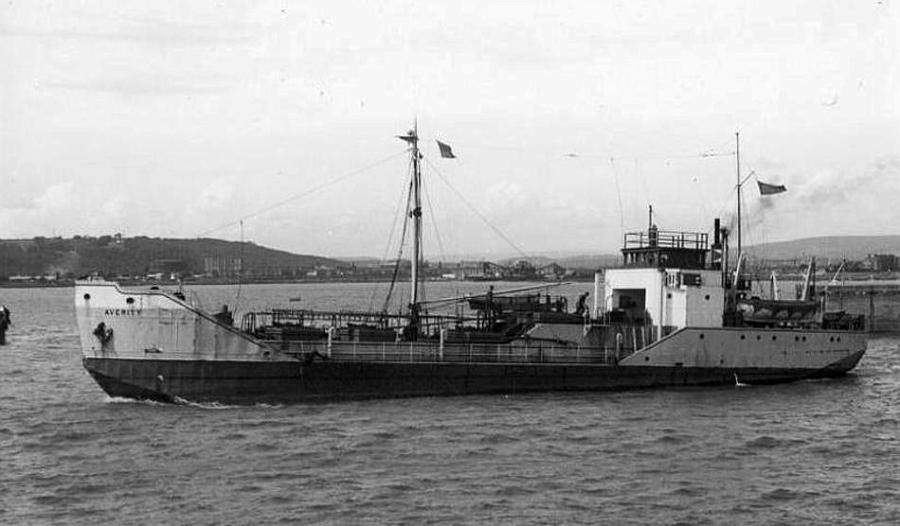 1944  :  Launched as CHANT 53 for the Admiralty of the British Government

1946  :  Acquired by the Netherlands Government and renamed THEODORA

1951  :  Acquired by NV Rederij 'Theodora' without change of name

The CHANT series of small coastal vessel were a wartime expedient production.  Essentially of prefabricated section construction, some 28 sections per ship, the thinking was that these sections could be produced quickly by a variety on engineering companies then assembled together for final construction to the host hull, by welding.

There was nothing glamorous about the CHANT vessels, indeed they could be described as ugly, no lines to speak of, square flat plate sections, a total lack of curves and flat bottoms, for taking beaches, which did not make them very good sea boats – indeed many of these vessels were lost due to capsizing.  Altogether, Furness S.B. Coy of Haverton built sixteen of these small ships. Their design included double-hull construction as a deterrent to risk of oil spillages or leakage.

In 1972, The AVERITY was despatched to the shipbreaking facility of the West of Scotlland Shipbreaking Company Limited, of Troon, Ayrshire.