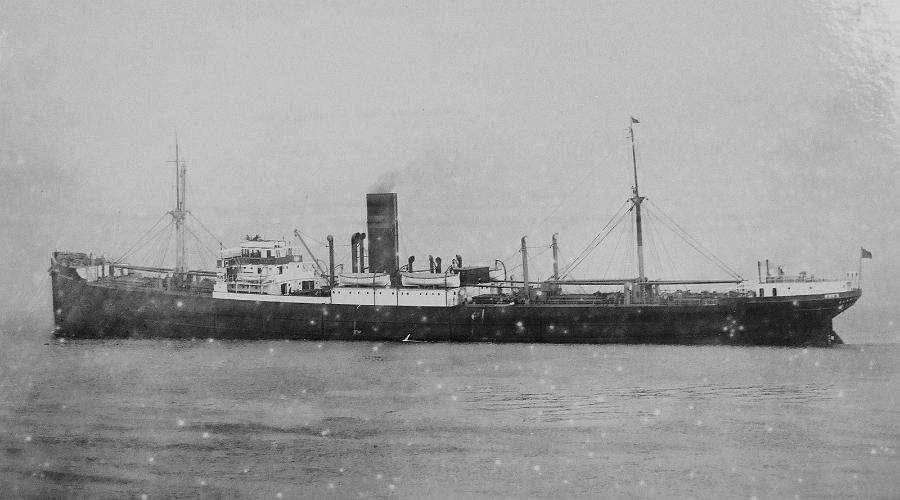 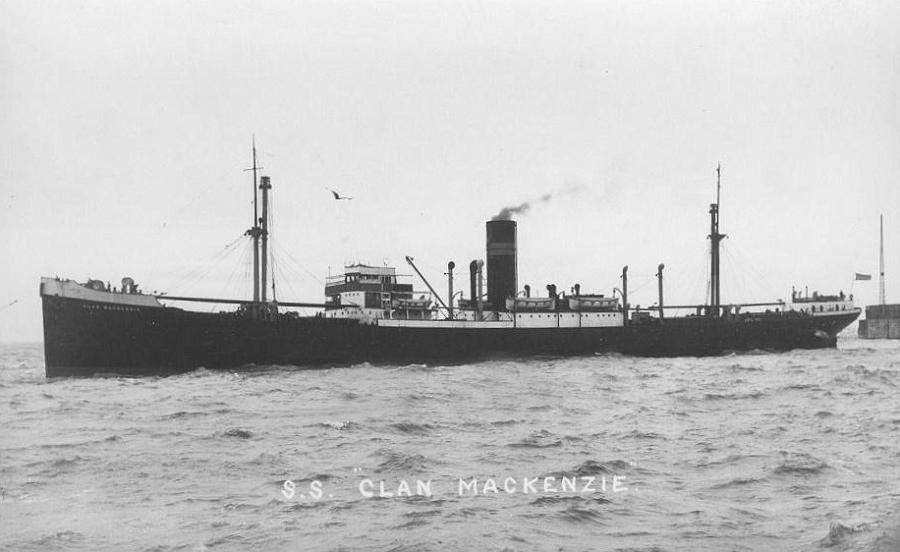 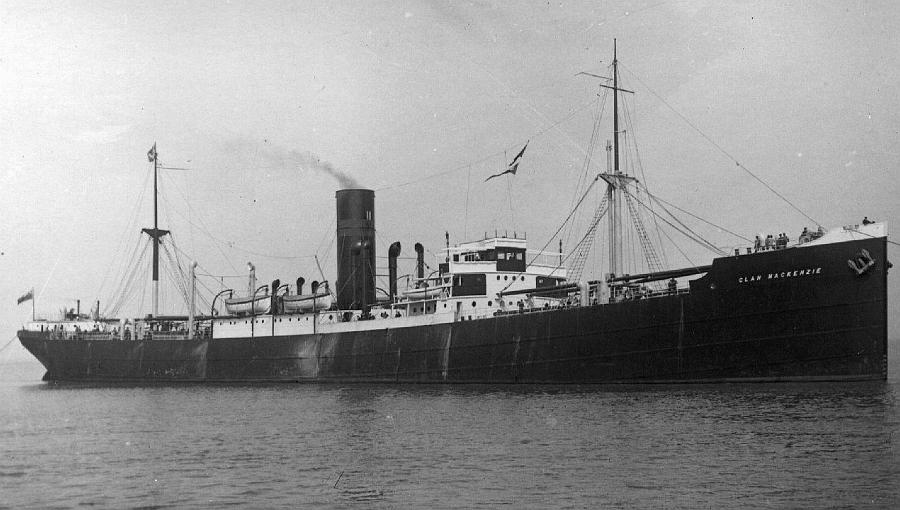 05-03-1918  :  Whilst on a passage from Liverpool to Plymouth, in a position South of the Isle of Wight, with a cargo of chalk, the Clan MacKenzie was torpedoed by UB 30 which was then under the command of Kapitanleutnant Wilhelm Rhein.  There were 2 caualties in this incident.  The liner was able to make passage to Southampton.

23-10-1937  :  The outward-bound S.S. Clan MacKenzie was in collision with the 1932-built cargo steamer Manchester Regiment, 7,930 tons, off the Liverpool Bar Lightship.  Badly damaged, she was beached, subsequently docked, inspected, declared a total loss, and sent for breaking to the West of Scotland Shipbreaking Company at Troon.

(The S.S. Manchester Regiment was later involved in a separate collision on 04-12-1939, South-East of Rockall and approximately 200 miles North-West of Ireland, with the large PSNC cargo-passenger liner S.S. Oropesa resulting in the loss of nine lives.  (At the subsequent formal Inquiry into the collision, four-fifths blame was levelled at the Clan MacKenzie, and one-fifth blame to the S.S. Oropesa.  The liner S.S. Oropesa was herself lost, with heavy loss of life, on 16-01-1941 when she was torpedoed by U-96, then under the command of U-Boat ace Kapitanleutnant Heinrich Lehmann-Willenbrock)