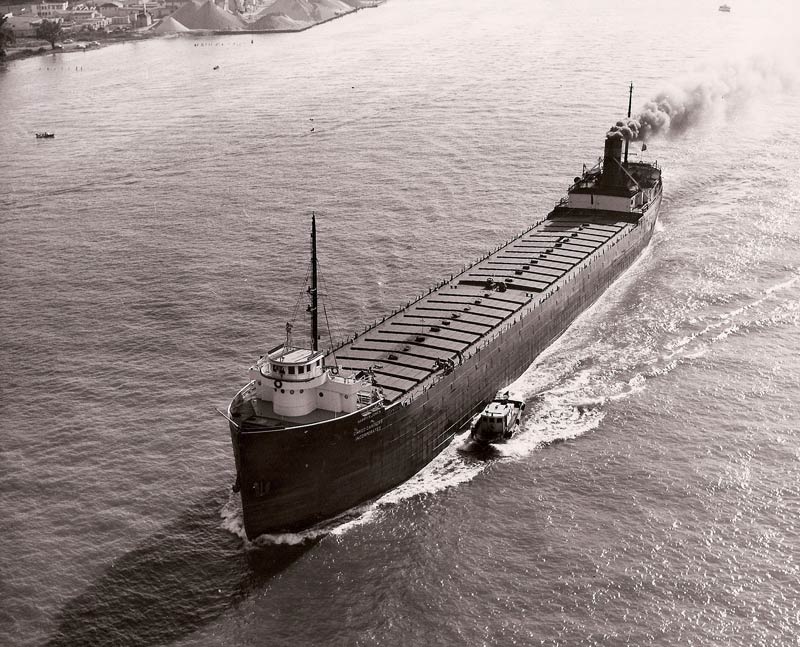 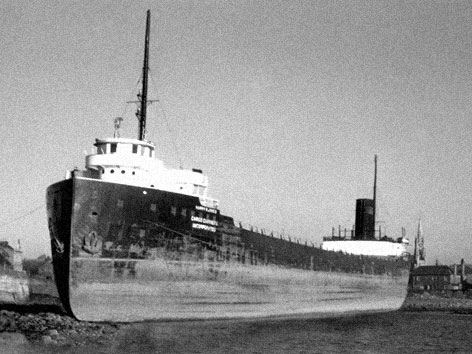 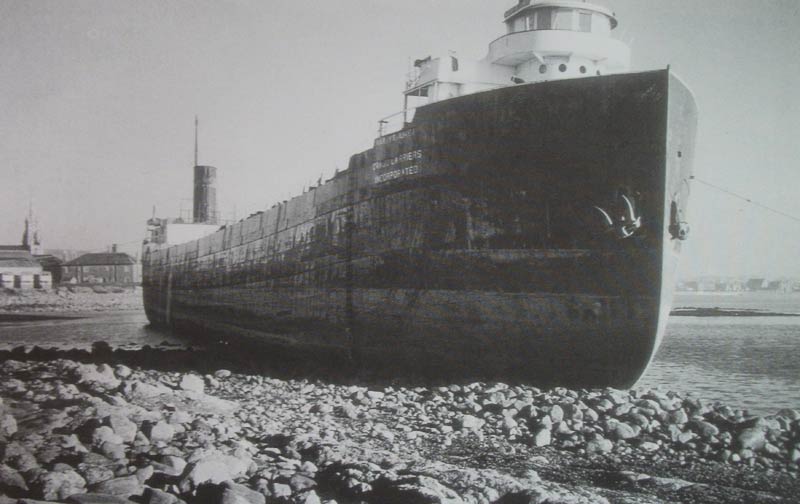 Steam Reciprocating Engine, developing 1,310 IHP when supplied with steam from two Water-Tube Boilers at a pressure of 250 lbs sq ins.

In 1958, the vessel was damaged following a grounding in the Detroit River.  Repairs were not considered to be economically viable on this aging vessel and she was relegated too a grain storage hulk role at Buffalo Harbour for the  following eighteen months.

In 1960 she was sold for scrapping by Cargo carriers Inc. of the United States, filled with scrap metal and, in early 1961, she was towed across the Atlantic where she was discharged at Glasgow.  Following discharge, she was towed from the River Clyde, by the Greenock tugs Campaigner and Warrior, bound for The West of Scotland Shipbreaking facilities at Troon on the South Ayrshire coast.  However, off the North Ayrshire coast, near Ardrossan Harbour, she broke loose from her tugs and went aground on rocks off the foreshore.

The first suitable high water occurred on 15-02-1962 when, with the tugs Campaigner and Warrior standing by, the tug Forager hauled the grounded vessel off the shore and back into deep water.  Later on that same day she was delivered into the hands of the West of Scotland Shipbreaking Company Limited to begin breaking operations.