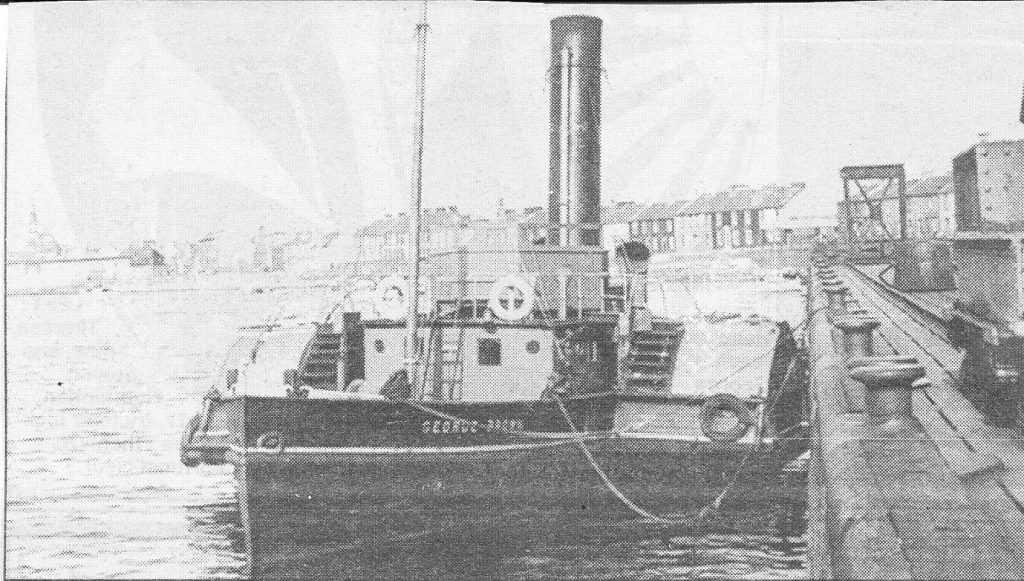 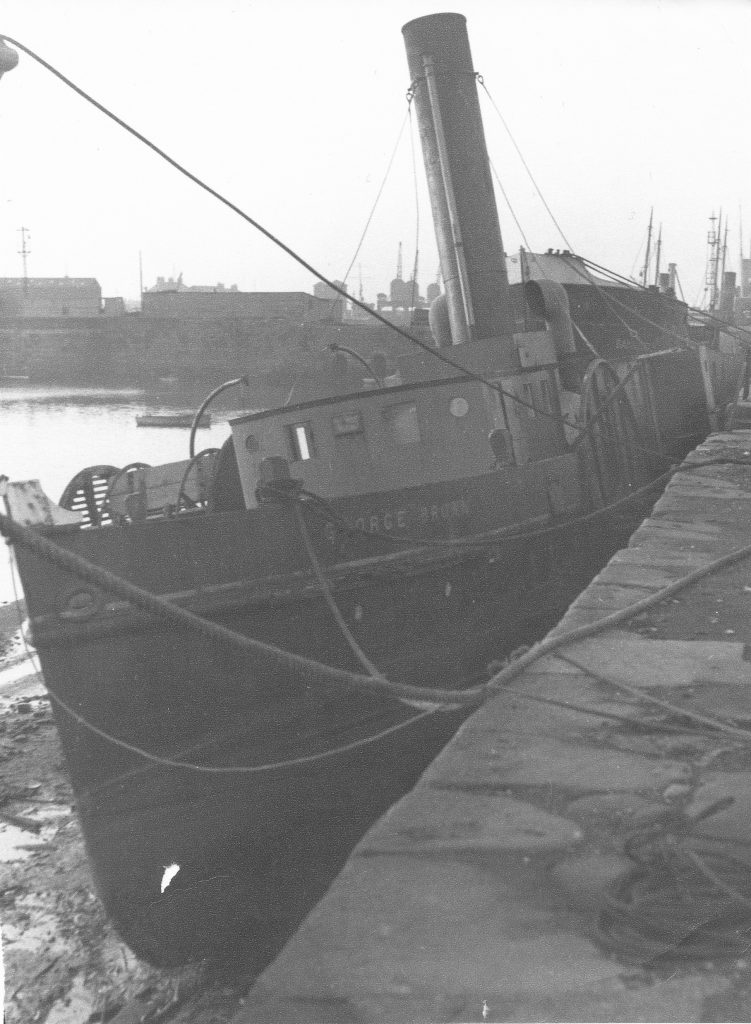 The lower picture shows the steam paddle tug sandwiched between two other vessels under demolition. This was the Inner Basin at Troon (that is now a Yacht Marina) where ships were taken when all the topworks and engines had been already removed at the main Harbour East Breakwater berths and the lightened hull could be dragged up by shore steam cranes  and demoilition continued at low water when the Basin almost dried out – a primary reason why J. J. King decided on this site for his business in 1904.

The vessel astern of GEORGE BROWN is the 1909-built BANNQUEEN, ex-WHEATFIELD, J.F. V  and FENCHURCH, and the vessel ahead of her is, I think, either the MALLOWDALE or the BALLYBEG, which vessels were also undergoing demolition at that same time, i.e. around February/March 1957.