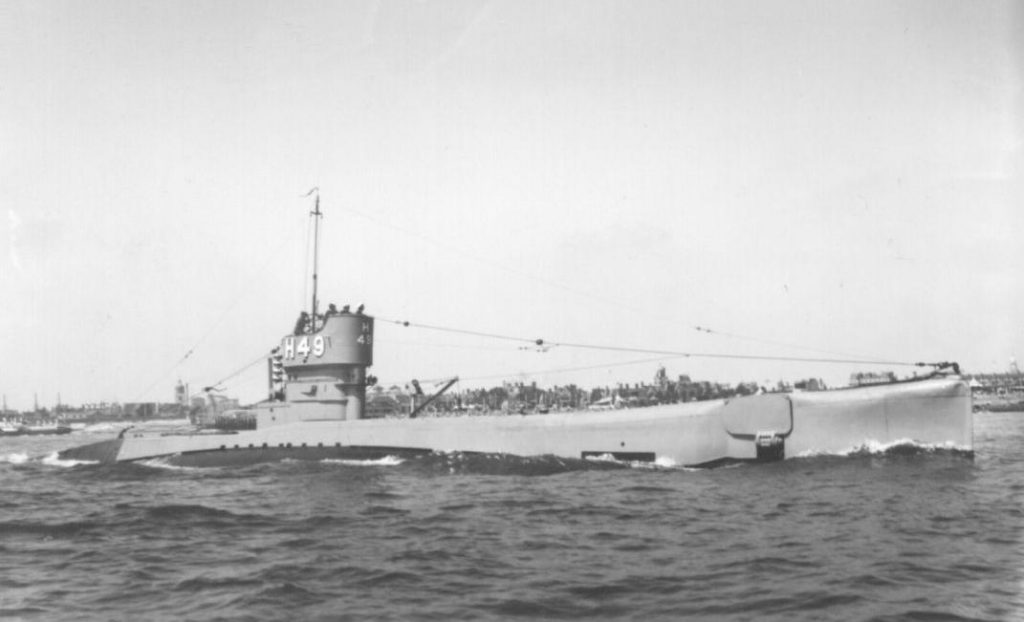 H-Class Submarine for the Roayl Navy


Assigned to the 3rd,5th, and 6th Flotillas at Gosport in the years between 1919 and 1939, H34 operated out of the South coast ports of Portsmouth, Plynmouth, Portland, Torquay and Falmouth on various exercises and undertaking training duties.  She also attended the Naval Fleet Reviews at Spithead in 1924 and 1935.  From October 1939 until February 1940 H34 operated in Scottish waters and in 1942 took part in Operation Cerberus and Operation Fuller.

In various sources it is reported/recorded that H34 launched an attack on a Type IIA U-Boat, said to be U-3, firing two torpedoes which were both said to have missed their target.  This action was reported to have occurred some 15 NM North of Kinnaird Head.  However, there were no incidents involving any U-Boats reported in that area on that date, and in fact on that same date U-3 was busy sinking first a Danish ship and then a Swedish ship, in the Skagerrak, N.W. of Hanstholm, Sweden, under the command of no less a person than Kapitanleutnant Joachim Schepke, who was to become one of the top U-Boat aces of WWII. (He was in command of U-3 from October 1938 until January 1940)

The image below is not H 34, it is actually H 49, but the two boats are identical in every respect, so representative