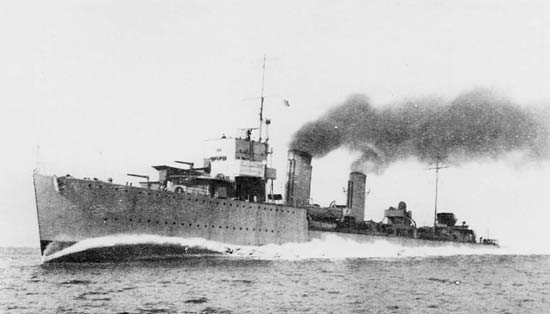 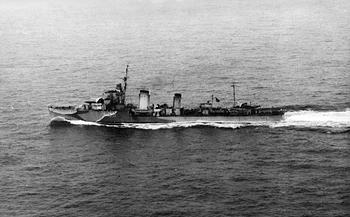 HMS AMAZON was the first of a new build for the Royal Navy designed to meet an Admiralty request for a model incorporating lessons learned and technological advances made since the end of WWI.  It was described as the 'Interwar Design'.

HMS Amazon spent most of the war years up until 1942 engaged in convoy escort duties, including the North Atlantic and Russian convoys before relocating to the Mediterranean areas, then returning to home waters in 1943. She remained in home waters for the remainder of the war. For the rest of 1943 and throughout 1944 she was reduced to serving as a naval air target, from January 1945 she was used for structural tests by the Naval Research Establishment at Rosyth and from May 1945 was on the naval disposals listing.  Although on the Disposal List, she was retained in service for underwater explosions trials until 1948.  HMS Amazon was sold off to B.I.S.C.O. in 1948 for demolition and arrived at the West of Scotland Shipbreaking Company's facilities at Troon, South Ayrshire on 6th October 1948 for that purpose.

Ironically, John Wallace of Troon, who had first started work at the West of Scotland Shipbreaking Company, by then part of the large Arnott Young Company, in 1940 for the princely wage of 12/6d per week (£0.62) was by now a senior manager at the WSSCL when the old Destroyer HMS Amazon arrived on Wednesday 6th of October 1948.  Ironic because he had served on this same vessel during his Royal Navy days and sailed out of the Gareloch with her in July 1943 bound for Sicily to land forces at Cape Pachino. And here he was, five years later, breaking up his old ship.