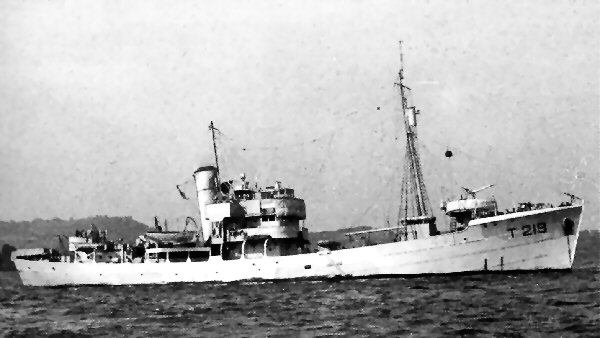 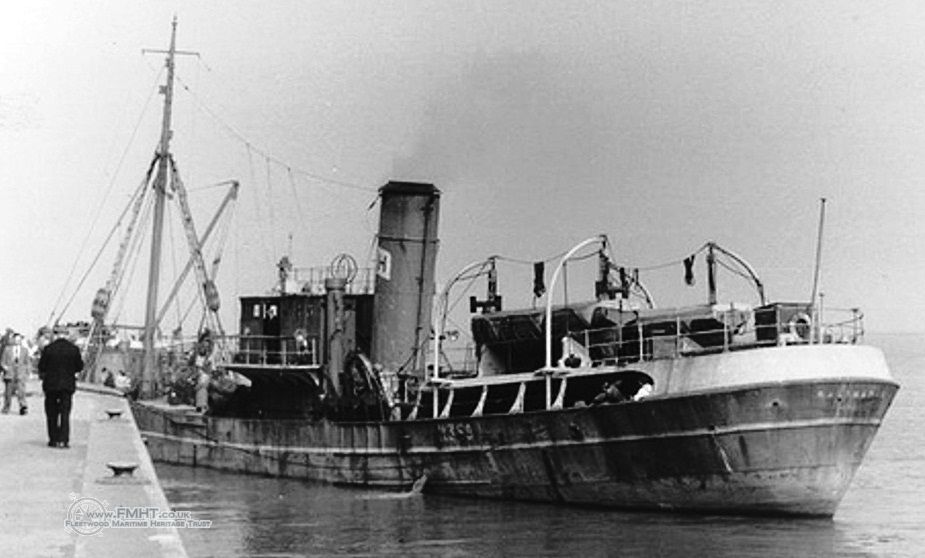 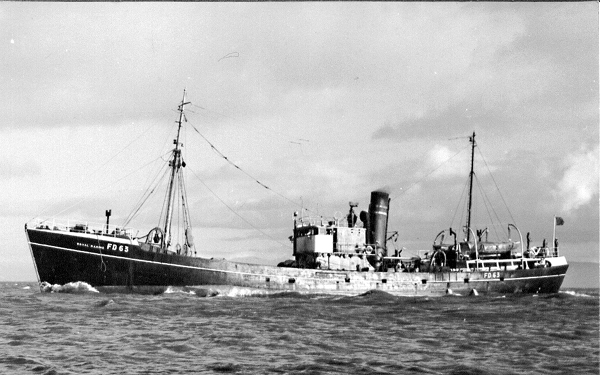 Nov 1946  :   Converted at North Shields for fishing and for fuel oil buring.

Jan 1952  :  Hull resgistration closed and vessel re-registered out of Grimsby as GY-213

This incident took place South of the Mull of Galloway.  The vessel was taken under two by fleet partner S.T. Wyre Conqueror and returned to Fleetwood.  Following investigation, it was determined that the vessel was beyond economical repair, therefore laid up pending disposal.

Sept 1963  :   Vessel sold for breaking up to the West of Scotalnd Shipbreaking Company Limited of Troon

In May 1952, the vessel was arrested in Norway for fishing illegally inside territorial waters.  The usual severe coniscations of gear and catch along with punitive fines were applied.  As subsequent appeal failed when the Judge and the Jury failed to reach agreement.