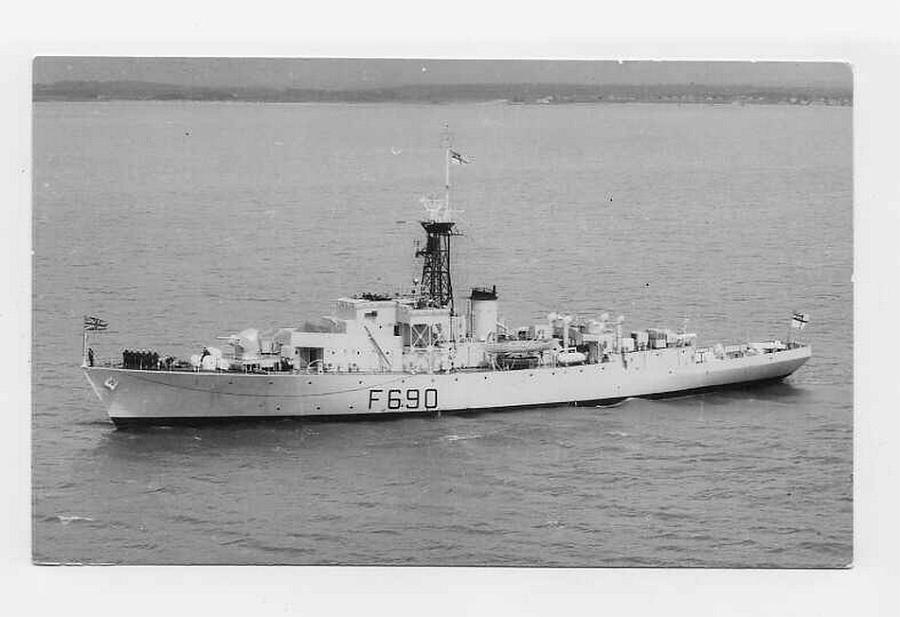 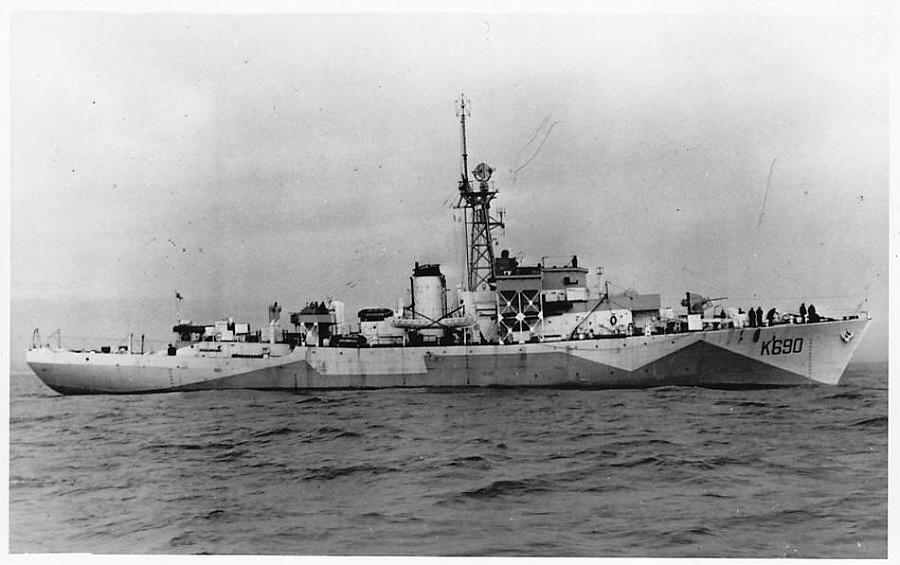 On completion of trials and storing took passage to Tobermory to work-up for operational service.

(Note: Other escorts in this Group were sister ships:

Deployed with Group for anti-submarine patrol and convoy defence of coastal convoys around UK.

Transferred to North Sea for convoy defence and patrol for the interception of minelaying operations by submersibles and E-Boats.

After VE Day deployed with Home Fleet to take part in transfer of surrendered U-Boats in Norway.

Deployed for escort of captured submarines and support of re-occupation operations.

Deployed in Home waters for training and Port duties

Paid-off and reduced to Reserve status after de-storing.  Laid-up in Reserve Fleet at Plymouth

Laid-up in Reserve at Plymouth

Underwent refit at Cardiff to ensure ready availability if required for service.

Carried out sea trials on completion and returned to Reserve

Taken in hand for further refit at Falmouth to ensure availability for service at short notice.

Carried out sea trials on completion before return to Reserve.

Laid-up in Reserve.  Nominated for service in 2nd Training Squadron at Portland

Brought forward for service and commissioned.

Squadron duties at Portland in continuation.   Nominated for reduction to Reserve status.

Paid-off, destored and reduced to Reserve status at Devonport.

Sold to BISCO and allocated for demolition by Arnott Young. Taken in Tow to Breaker’s yard at Troon, South Ayrshire Glasgow in late March.