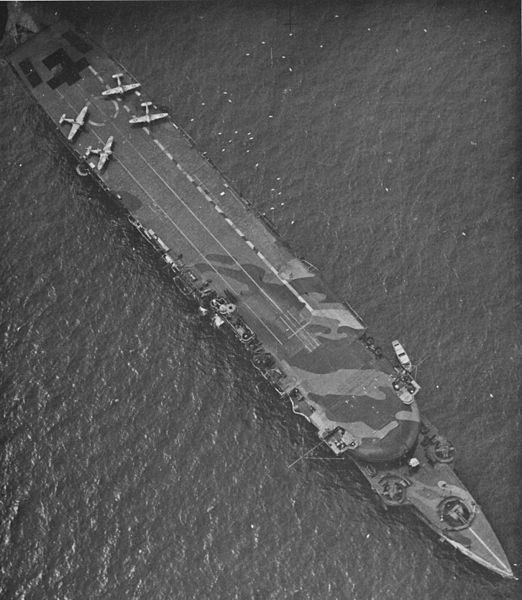 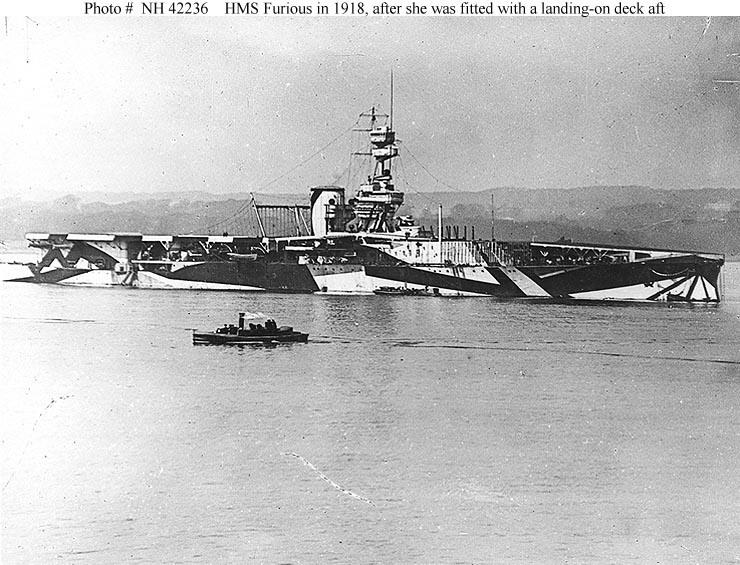 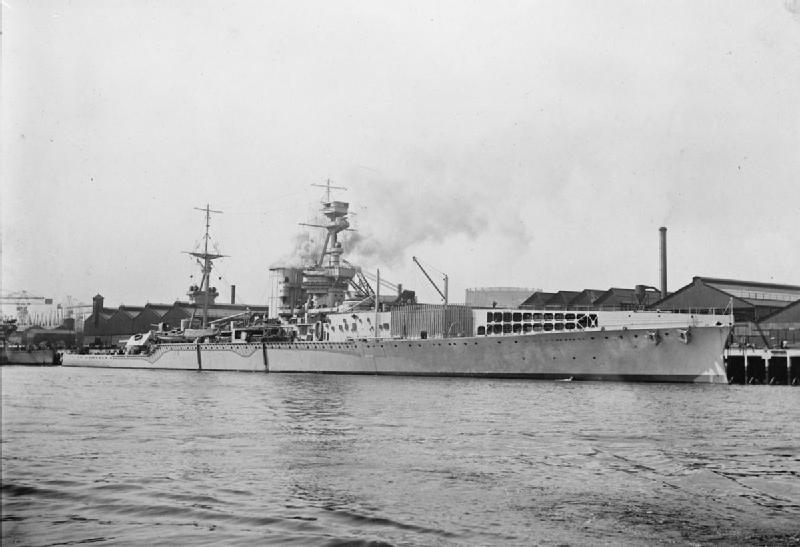 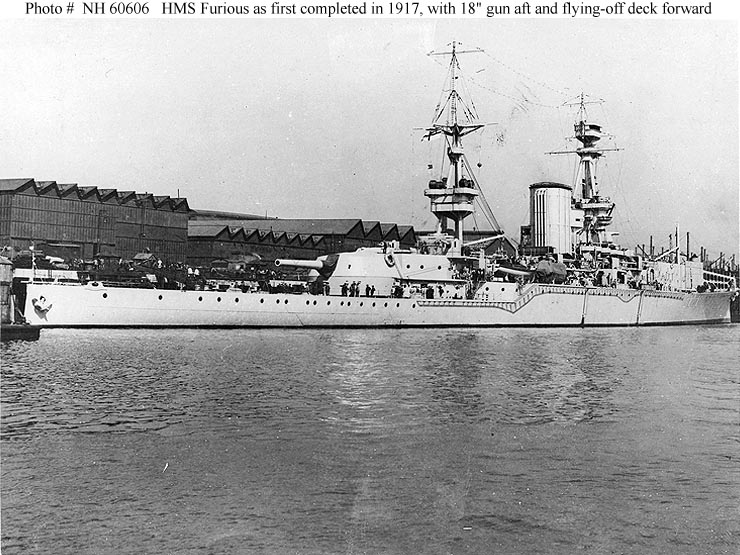 HMS Furious was a modified Courageous-class  Battlecruiser built for the Royal Navy during the First World War. Designed to support the Baltic Project, championed by the First Sea Lord of the Admiralty, Lord John Fisher, the ship was very lightly armoured and armed with only a few heavy guns. Furious was modified and became an aircraft carrier while under construction. Her forward turret was removed and a flight deck was added in its place, so that aircraft had to manoeuvre around the superstructure to land. Later in the war, the ship had her rear turret removed and a second flight deck installed aft of the superstructure, but this was less than satisfactory due to air turbulence.  Furious was briefly laid up after the war before she was reconstructed with a full-length flight deck in the early 1920s.

After her conversion, Furious was used extensively for trials of naval aircraft and later as a training carrier once the new armoured carriers like Ark Royal entered service in the late 1930s. During the early months of the Second World War, the carrier spent her time hunting for German raiders in the North Atlantic and escorting convoys. This changed dramatically during the Norwegian Campaign, in early 1940, when her aircraft provided air support to British troops ashore in addition to attacking German shipping. The first of what would be a large number of aircraft ferry missions was made by the carrier during the campaign. After the withdrawal of British troops in May, Furious made several anti-shipping strikes in Norway with little result before beginning a steady routine of ferrying aircraft for the Royal Air Force.

At first Furious made several trips to West Africa, but she began to ferry aircraft to Gibraltar in 1941. An unsuccessful attack on German-occupied ports on the Arctic Ocean interrupted the ferry missions in mid-1941. Furious was given a lengthy refit in the United States and spent a few months training after her return in April 1942.  She made several more ferry trips in mid-1942 before her aircraft attacked airfields in Vichy French Algeria as part of the opening stages of Operation Torch in November 1942. The ship remained in the Mediterranean until February 1943 when she was transferred to the Home Fleet.

Furious spent most of 1943 training, but made a number of attacks on the German battleship Tirpitz and other targets in Norway during the first half of 1944. By September 1944, the ship was showing her age and she was placed in Reserve.  Furious was decommissioned in April 1945, but was not sold for scrap until 1948.

She first arrived at Dalmuir for breaking then later her hulk was towed down to the West of Scotland Shipbreaking Company in Troon, South Ayrshire, for final demolition.