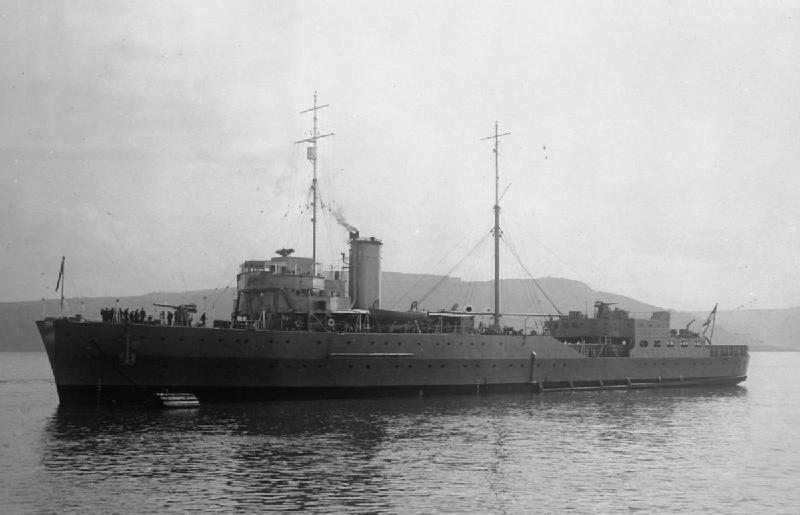 The role of HMS Guaradian

In additon to her primary role as a net-laying vessel for the Royal Navy, HMS Guardian also equipped for target towing and gunnery photography.

HMS Guardian was ordered as part of the 1930 naval programme, the first purpose-built netlayer for the Royal Navy. She was laid down at Chatham Dockyard on 15 October 1931, was launched on 1 September 1932 and completed on 13 June 1933.

Guardian served in the Indian Ocean between 1941 and 1942; she took part in the invasion of Madagascar and helped build a base in the Maldives at Addu Atoll in 1942, in case Ceylon fell into Japanese hands. She also built two more bases for the protection of merchant ships assembling for convoys; one was near Mombasa and the other near Cape Town.

In 1952, HMS Guardian was taken out of the Reserve Fleet storage on the River Tamar between Devonport and Saltash and towed to Newport for a refit and modernisation, which was completed in 1954. She was then mothballed and returned to rejoin the reserve fleet at Plymouth.