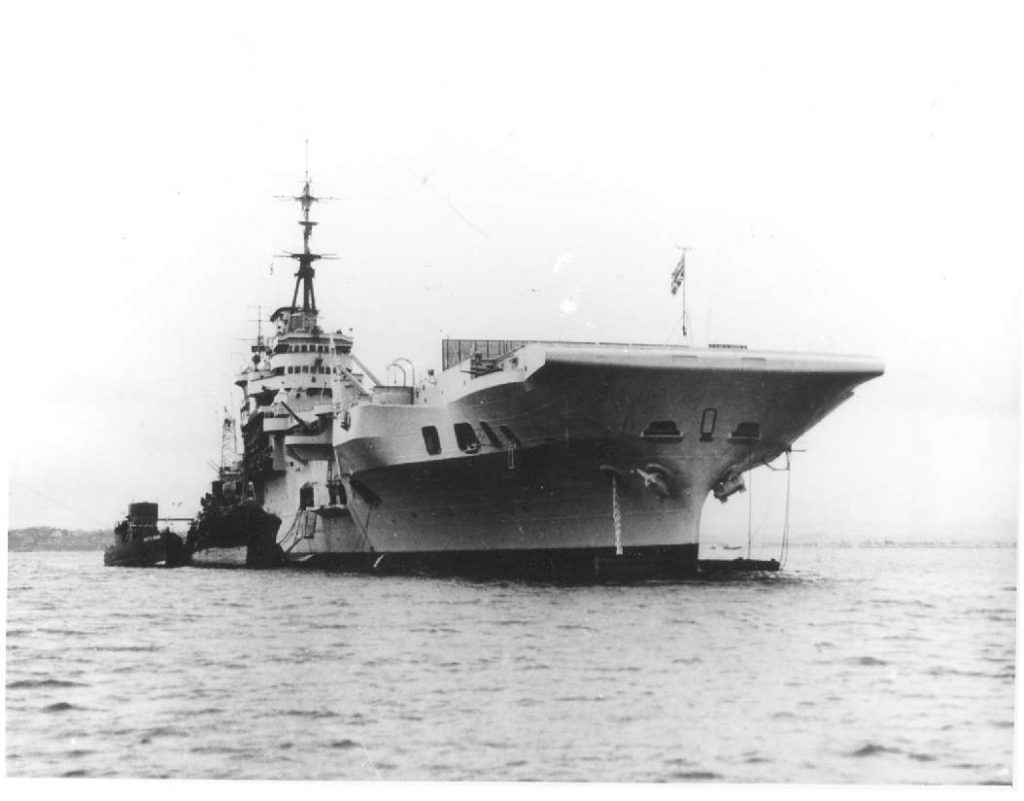 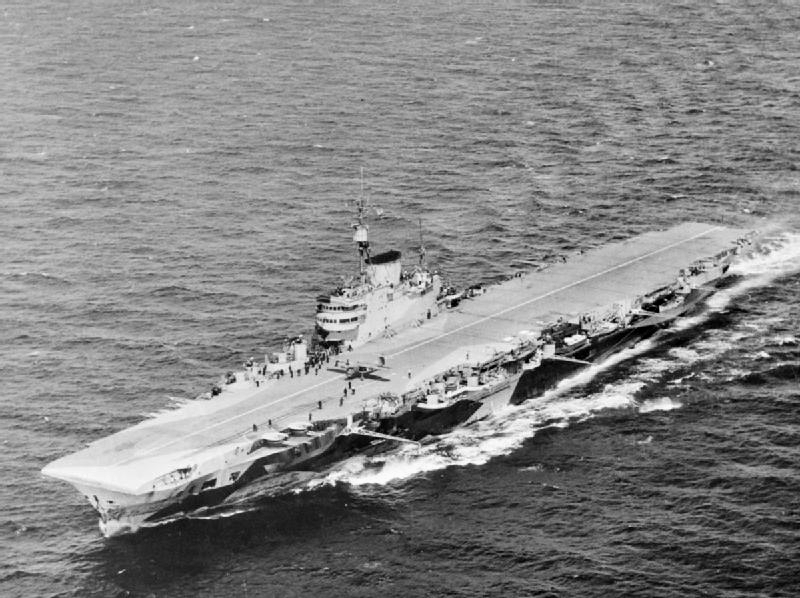 Was present at the formal surrender of Japanese Forces on 2nd September 1945 in Tokyo Bay.  She later helped to repatriate Allied POWs held in Japan and was used as a spotting ship for later US nuclear tests in the Pacific Ocean

Built at the famous John Brown Yard on the Clyde, at Clydebank, Scotland, Indefatigable was laid down on 3 November 1939 and launched on 8 December 1942. However, it would be more than year before she entered service, due to fitting up. Meantime, in order to confound the enemy, a ruse known as Operation Bijou, initiated by London Controlling Section, was launched whereby it was made known that Indefatigable had entered service. ULTRA decrypts revealed that the Japanese believed the deception, with operatives including Malcolm Muggeridge and Peter Fleming supplying disinformation for more than a year, sufficient to make the enemy believe the vessel had gone to the Far East and returned to the Clyde for a refit, by which time she was actually finished.

She was commissioned into the Royal Navy on 3 May 1944, joining the Home Fleet. The ship's first commander was Captain Q. D. Graham. The first mission (rather in the form of a 'working-up' exercise) was a set of raids on the German Battleship Tirpitz in the fjords of Norway. It was not a spectacular success with all sorts of equipment problems showing up.

After dockyard work on the problems the ship sailed on 19 November 1944 for the Far East to join the British Pacific Fleet as flagship of Rear-Admiral Philip Vian (former captain of Cossack) who commanded the carrier group of the BPF. He transferred his flag to Indomitable on arrival at Colombo on 10 December 1944.

On 1 April 1945, while operating in support of the Okinawa operation, the ship was hit at the base of the superstructure by a kamikaze suicide bomber. Fourteen men were killed. Thanks to her armoured deck however, Indefatigable was able to operate aircraft again after just five hours.

Indefatigable was present at the formal surrender of the Japanese on 2 September in Tokyo Bay. She later helped to repatriate Allied POWs held in Japan and was used as a spotting ship for later US nuclear tests in the Pacific ocean.