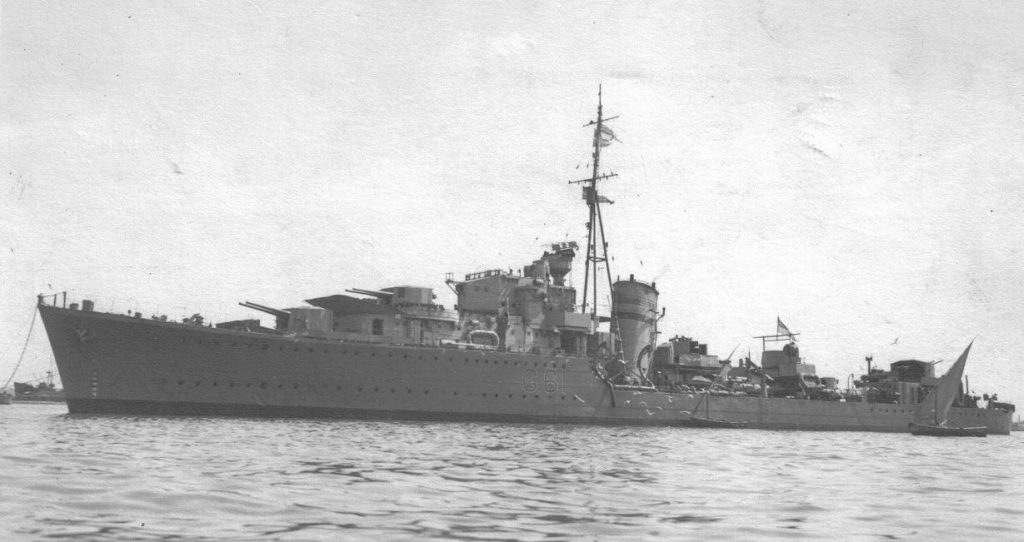 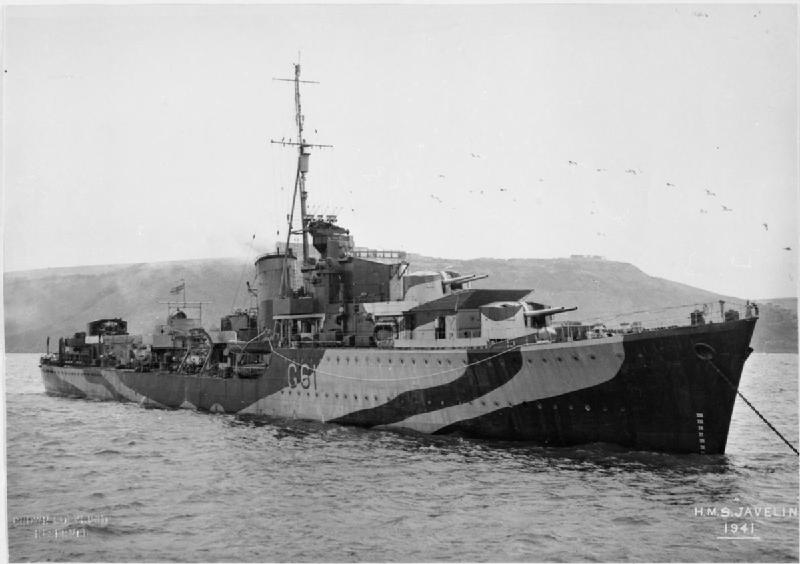 Served as escort to a total of 28 Nos. Allied Convoys

HMS JAVELIN continued Mediterranean Fleet service with Flotilla until April 1946 during which period she took part in the Mediterranean Fleet exercise and visits programmes and patrol to intercept ships taking immigrants into Palestine. Her early service after VJ Day was marred by serious indiscipline involving a Leading seaman and 19 junior ratings which resulted in a court martial later in 1945.. The ship sailed from Malta on 9th May 1946 to pay-off and reduce to Reserve status. After arrival at Portsmouth on 17th May that year she was de-stored prior to transfer into the Reserve Fleet which was completed on 31st July. Later this destroyer was transferred to lay-up at Harwich. Placed on the Disposal List on 31st October 1948 she was used for Ship Target Trials before being sold to BISCO  for demolition and arrived in tow at Troon Ayrshire for demolition by the West of Scotland Shipbreaking Co. Ltd on 7th June 1949 .