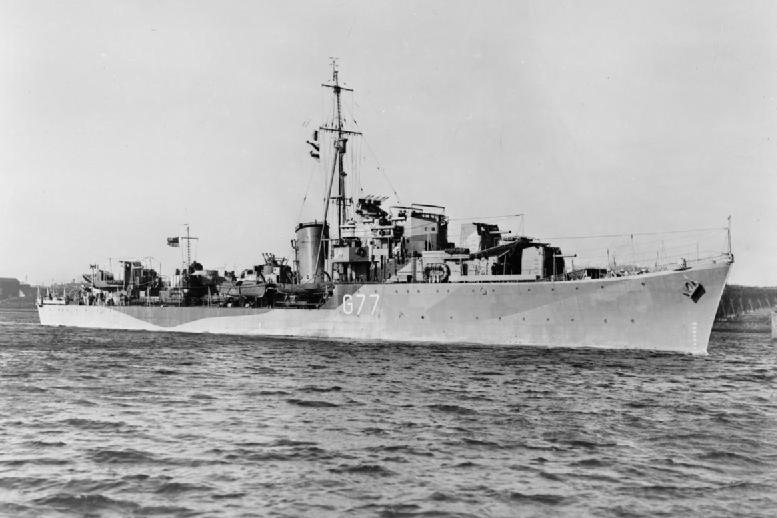 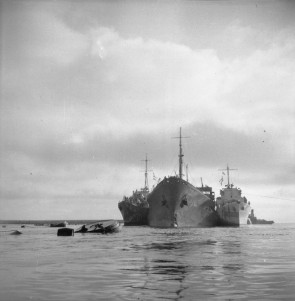 In the Mediterranean for Malta convoy escort work.  (HMS Penn was involved in the Operation Pedestal, a convoy to bring much-needed reinforcements to Malta. During the course of this operation she helped tow the damaged SS Ohio with her vital supplies of fuel into Grand Harbour, Valletta)

In the North Atlantic with the 3rd Support Group

Operations for the Sicily landings.

In  the Eastern Fleet in the Indian Ocean. Took part in carrier strike operations and coastal strikes against Japanese forces on the Burma and Malaya coasts.

On 15 June 1945 Penn with Paladin sank a Japanese landing craft off the Northwest coast of Sumatra.

Continued to serve for a short time after the war.  Released from active operations in October 1945 then, until February 1947, used as a Target Ship based out of Singapore, for the training of aircraft crews.