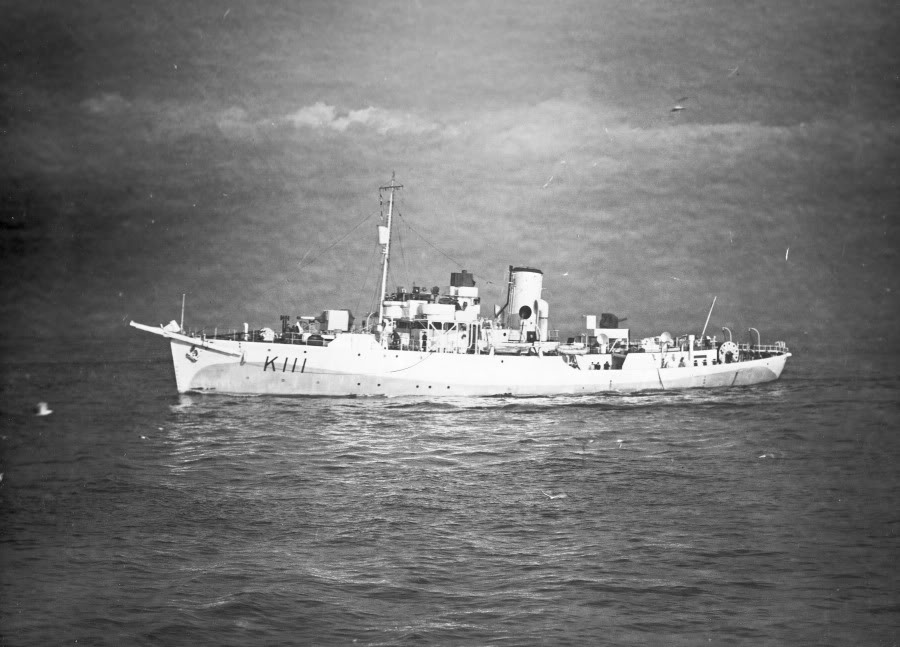 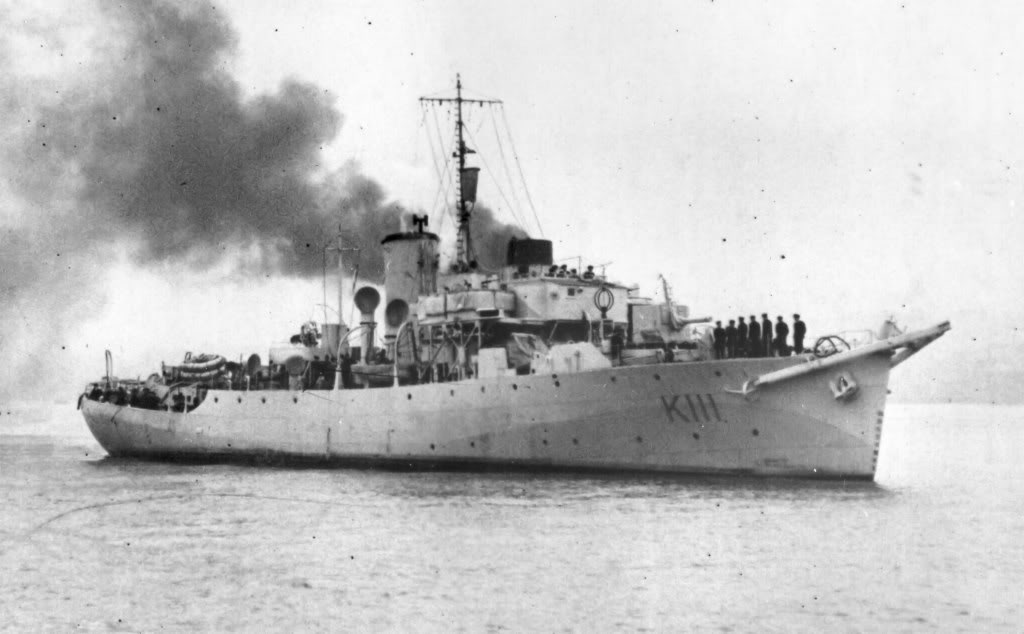 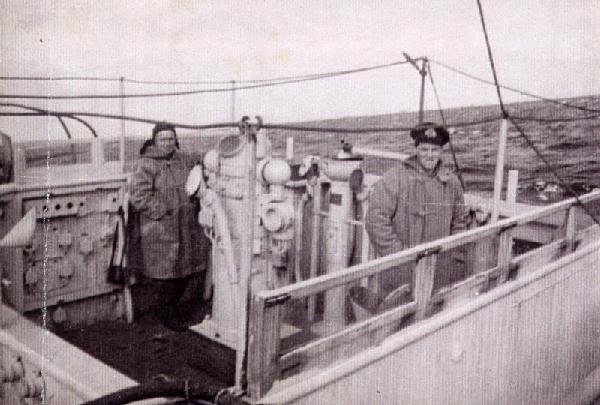 (Design based on the Christian Salvesen whale- catcher S.S. SOUTHERN PRIDE.  This Corvette differed from most of the others built as she was fitted out with an 'Acoustic Hammer', as well as mine-sweeping gear.  The 'acoustic hammer' was a device for exploding mines.)

HMS did not distinguish her war career by the sinking U-Boats or enemy surface ships, that was not her role. Her principal role was convoy escort duties and the saving of survivors.

Picked up 30 survivors from the American merchantman JAMES OGLETHORPE, which had been torpedoed by the German submarine U-758 in the North Atlantic.  The American vessel, with 30 men still on board, attempted to make St Johns, Canada, but was never heard of again.  She also picked up a further 40 survivors from the torpedoed Norwegian freighter ELIN K, which was sunk by the German submarine U-603 on the previous day.

In company with HMS ANENOME, picked up a total of 54 survivors from British cargo/passenger liner CANADIAN STAR, which had been torpedoed by the German submarine U-221, in a position South-East of Cape Farewell.

In a position North-West of Cap d'Antifer, along with HMS DAMSAY, picked up a total of 59 survivors from the British merchant vessel ORMINSTER, of the South American Saint Line, which had been torpedoed by the German submarine U-480 in the English Channel.  The freighter had been returning to the UK from the Normandy beaches.