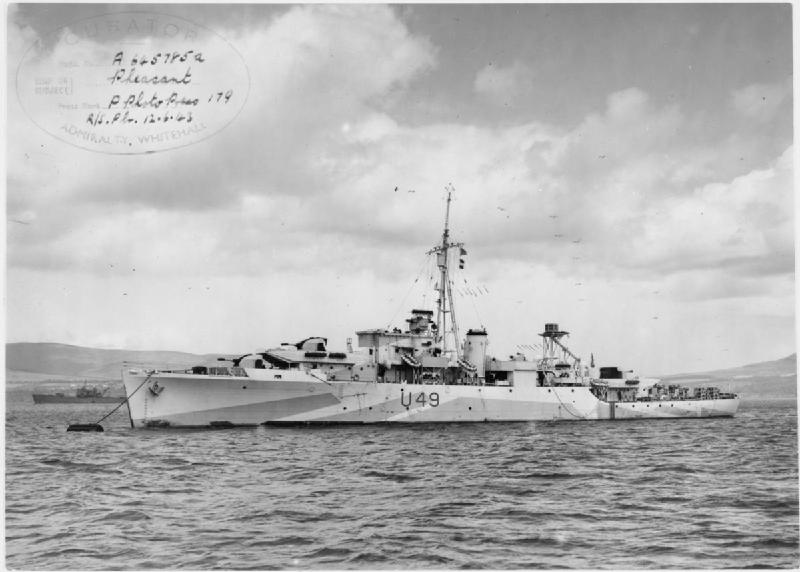 HMS Pheasant was a Modified Black Swan-class sloop of the Royal Navy.   Pennant No. U-49

The Modified Black Swan-class sloops were specialised convoy-defence vessels, with anti-aircraft and anti-submarine capability. They were designed to have a longer range than a destroyer at the expense of a lower top speed, while remaining capable of out-running the German Type VII and Type IX U-boats when they were surfaced.

In the latter part of the war she was sent to the Pacific theatre. There Pheasant served in a task force with the escort carriers HMS Striker and HMS Ruler from April to August 1945.

In 1947, HMS Pheasant was re-classified as a Patrol Frigate vessel.

The vessel was sold for breaking on 7th December 1962, for which purpose she arrived at the West of Scotland Shipbreaking Facility at Troon, South Ayrshire, on 15th January 1963.