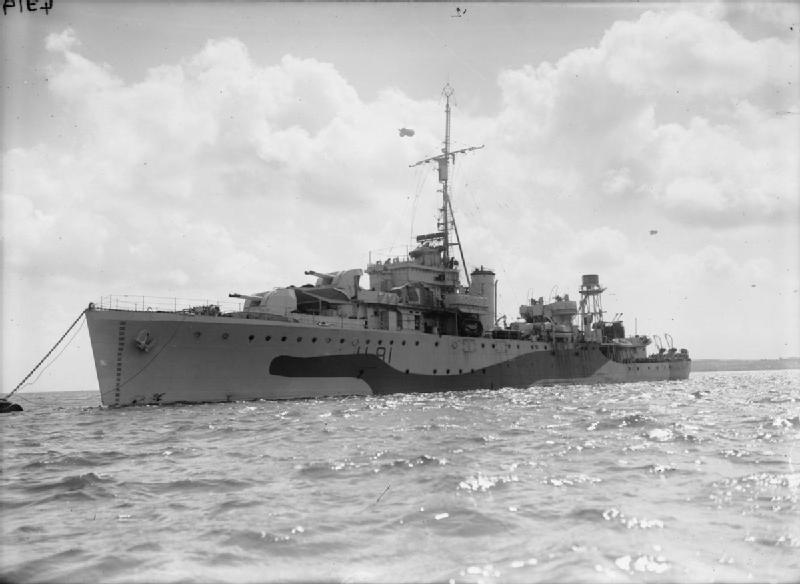 HMS Stork was a Bittern class sloop of the Royal Navy which served in convoy escort groups during World War II.  Stork was laid down on 19 June 1935 by William Denny & Brothers of Dumbarton, Scotland and launched on 21 April 1936.  She was completed as an unarmed survey ship and operated in Malayan waters until 1939, when she returned to Devonport for refit including installation of her anti-aircraft guns.

In 1940 Stork took part in the Norwegian Campaign and assisted in the rescue of survivors from the transport MS Chrobry.

In 1941 Stork, under the command of Cdr FJ "Johnnie" Walker, was assigned to lead the 36th Escort Group (36 EG). The group escorted uneventful convoys to and from Gibraltar and the South Atlantic before being assigned to Convoy HG 76 from Gibraltar in December 1941. The group was augmented by the new escort carrier Audacity and other ships. During the journey five U-boats were sunk, four by ships of 36 EG, including U-574 which was depth-charged and rammed by Stork.

Stork continued with 36 EG until mid-1942. She and HMS Vetch sank U-252 on 14 April. She was then transferred to the Mediterranean where she was torpedoed by U-77 off Algeria on 12 November. She was towed to Gibraltar for temporary repairs and then taken to Falmouth for further repairs. She then joined the 37th Escort Group and on 30 August 1943 she and HMS Stonecrop sank U-634 in the North Atlantic east of the Azores. In 1944 she was part of the 116th Escort Group supporting Operation Neptune.

In 1945 she was refitted at Portsmouth but the work was not completed before the war ended. She was put in Reserve but in January 1946 was re-commissioned as the Senior Officer's ship in the Fishery Protection Squadron where she served for two years before being put in Reserve again. She was decommissioned and broken up in 1958.