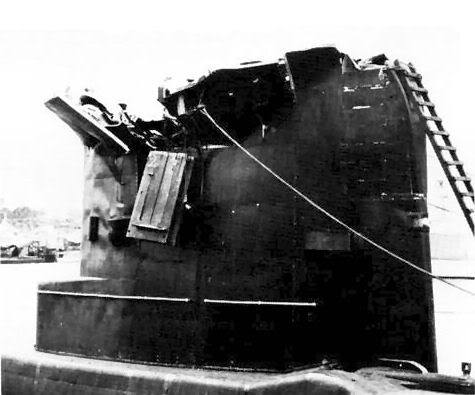 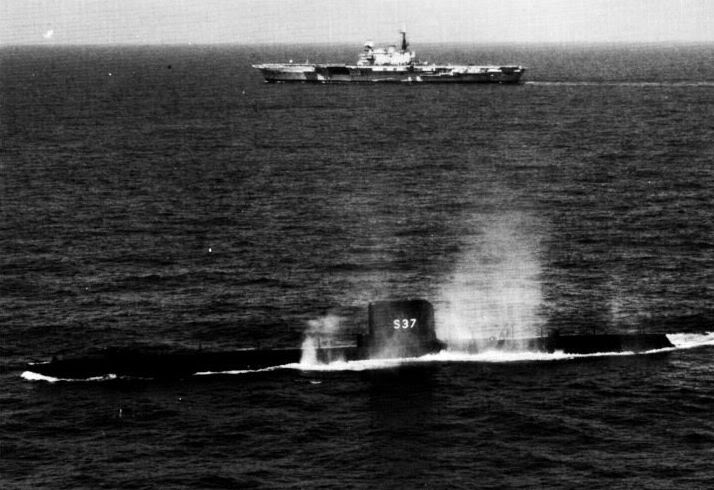 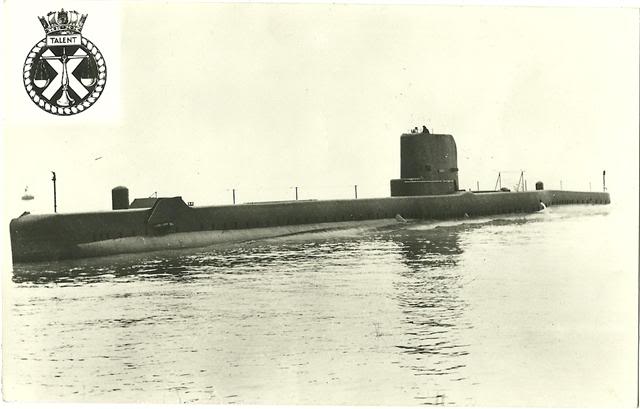 T-Class Submarine for the Royal Navy

15-12-1954  :  Whilst undergoing drydock repairs ain the No. 3 dock at Chatham Dockyard, due to shipyard errors the caisson gate lifted due to lack of ballasting, too much bouancy and the resulting shock wave due to sudden sea ingress caused the submarine to be forced forward to the end of the drydock, then reversed back out to the open end and driven across the River Medway to end up stranded high and dry on a mud bank.  Four men were killed in this tragic incident.  The search and rescue work had been impeded by thick fog, high tides and night-fall.  Many others were injured, some seriously.

HMS TALENT was reconstructed in 1955

Images below show HMS Talent at sea and undergoig  exercises, and finally the damage sustained when she was dived and involved in a collision with a surface vessel on 8th of May 1956, off the Isle of Wight.  Fortunately her periscope was retracted at the time and therefore the damage was limited to the conning tower casing only and did not in any way impact her pressure hull.

Following a period of service in the Easten Mediterranean, HMS TALENT went for a refit to Malta Drydocks in late 1960 / early 1961 and was then returned to the United Kingdom in May 1962.  The boat was decommissioned in 1966 and sent for breaking to the West of Scotland Shipbreaking Company of Troon, Ayrshire, where she arrived in February 1970.