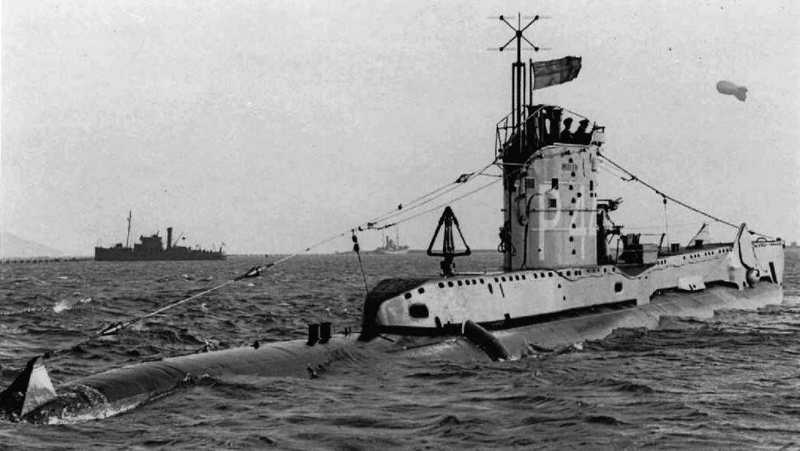 HMS United spent most of her war in the Mediterranean and the following log shows her activities during that time :

At 1145 hours (time zone -2) a merchant of about 5000 tons was sighted escorted by a torpedo boat and with two aircraft overhead. An attack was commenced.

At 1236 hours 4 torpedoes were fired from 900 yards. 2 hits were obtained and the merchant sank within 5 minutes. After firing the torpedoes Lt. Roxburgh took United down to 120 feet.

From 1242 hours to 1318 hours United was counter-attacked by the escorting torpedo boat. In all 20 depth charges were dropped. Close enough to break some 20 lights aboard United.

At 1416 Lt. Roxburgh came up to periscope depth. Nothing was in sight except for an aircraft that was circling at the place of the attack. United retreated to the south-west.

At 1442 hours HMS United spots an unescorted merchant ship. An attack was commenced. At 1513 hours four torpedoes were fired from 900 yards. Three hits were claimed by the British submarine

At 1831 hours four torpedoes were fired from 500 yards. Two hits were obtained. Shortly after the second torpedo hit the stern of the submarine rose out of the water at a 60 degree angle and she sank in four seconds. At 1836 hours four survivors were seen swimming in the water. At 1849 hours United surfaced and picked them up. The survivors turned out to be the Commanding Officer, a midshipsman (who was the ships Navigating Officer) and two seamen.

HMS Unitedsurvived the war at sea and after her return to the United Kingdom paid off and was subsequently earmarked for disposal, arriving at the WSSCL in Troon for breaking in February 1946.