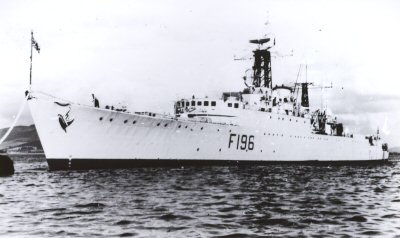 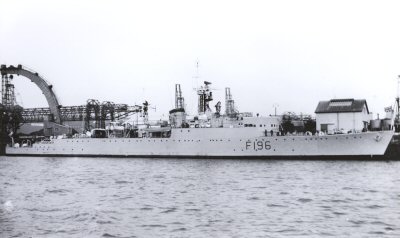 After trails and working-up at Scapa Flow, HMS Urchin joined the Mediterranean Fleet and was nominated for the support of Allied Landings at Anzio (Operation Shingle) and deployed to Malta.

Feb 1944  :  Supporting military operations and providing escort and patrol role off the West coast of Italy

Mar 1944  :  With four other Destroyers, assisted in the destruction of submarine U-450 South-East of Anzio

Apr 1944  :  Support of military operations and patrol duties off the West coast of Italy

May 1944 :  Undergoing preparations for Operation Neptune (Normandy) at Scapa Flo and Greenock

Jul   1944 :  Assigned to the Mediterranean for support of military operations in that arena

Aug 1944 :  Assigned to the Adriatic for support of military operations in that arena

Sep 1944 :  Involved in the bombardment of the Rimini area and was then returned to the UK for refit

Oct & Nov 1944  :  Refit at Leith, Scotland, then prepared for duties with the Eastern Fleet

Dec 1944 :  On completion of refit and post-refit trials, took passage to Trincomalee

Mar 1945  :  Operations in Australian waters then deployed to Manus in the Admiralty Islands, Papua New Guinea

Apr 1945  :  Involved along with other BPF ships in attacks on the Sakishima Gunto Island Group & later Formosa

May 1945 :  Continuation of attacks on the Sakishima Gunto then later in the month proceeded to Australia

Jun 1945  :  R & R period after arrival in Australia and at end of month sailed for Manus, Admiralty Islands

Aug 1945 :  Deployment off Japan, attacks on Honshu and Hokkaido, then returned to Sydney with a call at Manus

HMS Urchin remained deployed in the Far East Flotilla as part of the BPF, based out of Hong Kong, until released from foreign service in 1946.

On arrival in the United Kingdom, the vessel paid off at Harwich and was initially laid up there, in Reserve, until 1952, at which time she was transferred Chatham then towed to the Clyde for conversion to a Fast Frigate for an anti-submarine role.

The conversion work was completed in June 1954 and the ship recommissioned for service in the 3rd Training Squadron in which she served for the next two years before being returned into Reserve.

Following a refit at Devonport in 1959, HMS Urchine was converted for use as a Sea Training Ship for cadets out of Dartmouth, then recommissioned in August 1959 for service in the Dartmouth Training Squadron.

(Prior to being towed away to the Shipbreaker's Yard, the HMS Urchin had her stern structure removed for fitting to her sister-ship, HMS Ulster, this work having been completed in 1966)