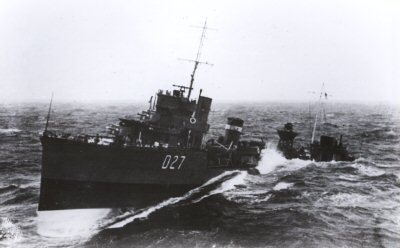 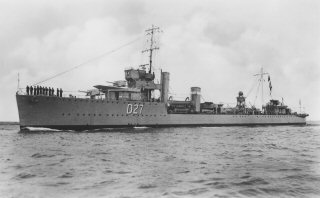 The wartime Patrols of HMS Walker :

Served briefly in WWI.  After the Armistice, she was deployed in the Baltic and was in action against Russian warships.  In 1921 was in the 1st Destroyer Flotilla, Atlantic Fleet.  Placed in Reserve after 1930.  Brought back into service in 1939 before the outbreak of WWII as part of the mobilisation of the Reserve Fleet, she provided Convoy Escort services over a 63 months period between November 1939 through January 1945.-, covering some 122 different Convoys in that time.

11 Sep 1939
HMS Walker (Cdr. W.J.C. Robertson, RN) and HMS Vanquisher (Lt.Cdr. K.H. Fraser, RN) collide with each other about 200 nautical miles south-west of Cape Clear while escorting convoy OB 2.  Both ships were heavily damaged. Vanquisher even had to be towed back to port. Vanquisher underwent repairs at Plymouth and Walker at HM Dockyard, Devonport, rejoining Flotilla on completion.

The loss of U-99 and U-100 at the hands of HMS Walker and HMS Vanoc was extremely significant as these two boats were commanded by two of the WWII U-Boat aces, Otto Kretschmer and Joachim Schepke.

In late 1942 it was decided to convert HMS Walker for service as a Long Range Escort and this work was put in hand by Thames shipyard from january through May 1943, becoming operational again in July 1943.

At the end of hostilities, HMS Walker was paid off and reduced to reserve status until placed on the Disposal List.  Sold to BISCO in 1946 for breaking, she was towed to Troon for final disposal at the hands of WSSCL.