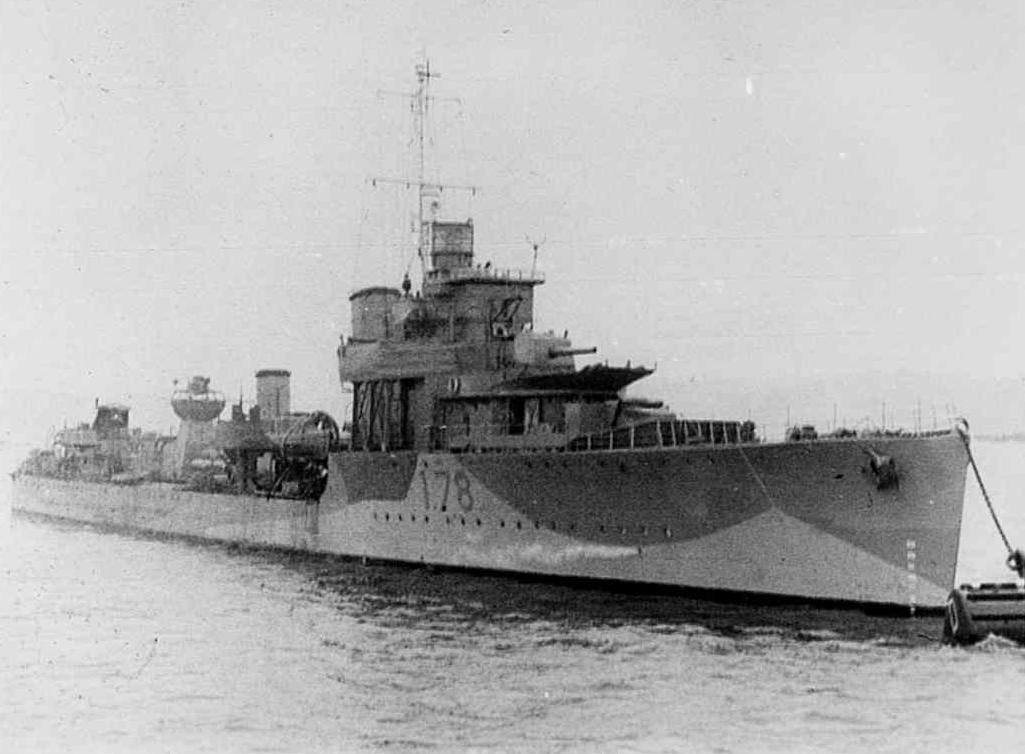 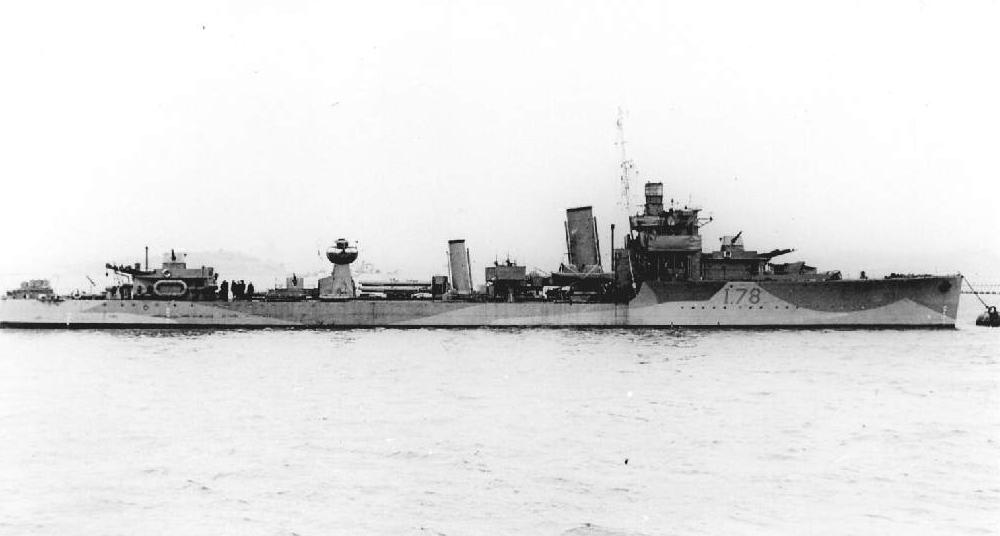 On the completion of Commissioning, Wolverine joined the 3rd Destroyer Flotilla, serving in the Atlantic and Mediterranean fleets.  She was later placed in reserve where she remained until re-commissioned in August 1939 with the threat of a world war looming closer by the day.

On the outbreak of WWII in September 1939, Wolverine was engaged on convoy escort duties in the Channel and South-West Approaches and in this period gave protection to 19 convoys.  In April of 1940, Wolverine moved to the Home Fleet for the Norwegian Campaign and was involved in the rescue of almost 700 Irish Guards from a burning troopship during the evacuation of Harstad.

During a wolf-pack attack on convoy OB 293 in March of 1941, and where Wolverine was serving as the Escort Leader, the Group drove off a U-Boat attack, destroying U-70 in the process.  Wolverine attacked a contact she had made, believed at the time to be Gunther Prien's infamous U-47, but it later tranpired that the 'victim' was more probably the U-Boat U-A, which was damaged in the attack but did survive it.  The U-47 was lost in that same action, but the precise cause has not been ascertained.

In April 1941, in an operation along with the Sloop HMS Scarborough, Wolverine sank U-76

In July 1942, Wolverine was moved to Gibraltar for operations in the Mediterranean.

In August 1942, Wolverine played an active part in the famous Operation Pedestal – the most significant of the Malta Convoys in WWII – and during this operation she sank the Italian submarine Dagabur.

On 11th March 1943, 420 nautical miles S.W. of Freetown, Wolverine picked up survivors from the torpedoed merchantman Empire Whimbrel, a victim of U-181.   T

In June 1943, Wolverine returned to local escort duties in Gibraltar, Freetown and Cape Town, for operations in the South Atlantic, and in this period she escorted 17 convoys.

On 2nd July 1943, 250 nautical miles S.W. of Freetown, Wolverine picked up survivors from the torpedoed merchantman Empire Kohinoor, a victim of U-618.   T(

In January 1944, Wolverine returned to the United Kingdom for a refit before resuming escort duties on the Gibraltar / Mediterranean routes.

In 1945, Wolverine took up escort duties in Home Waters, engaged in anti-submarine patrols in the English Channel and the South-West Approaches, and in this capacity she remained until the end of the war.

Wolverine paid off in May 1945 and, after VJ Day, was earmarked for disposal.  On 28th January 1946 she was sold for scrapping and arrived at the WSCCL facilities in Troon for that purpose on same date.