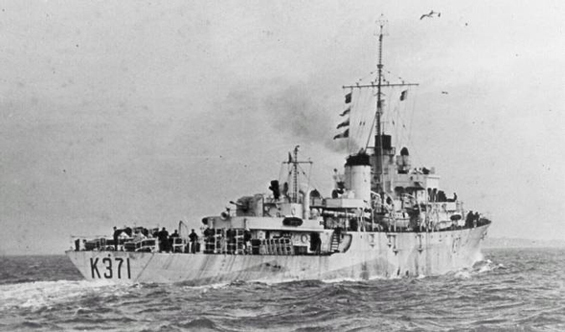 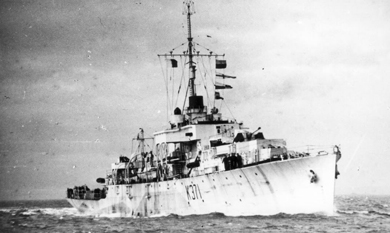 This River class was developed to have the same capabilities as the pre WW11 "Black Swan" class. However, they were much simpler, cheaper and easier to build with "Reciprocating" rather than "Steam Turbine" power plants. They were designed to be 50ft. longer, at 300ft., than the contemporary "Castle Class", and so the task of building them could not be carried out in many smaller "Civilian" yards.

Designed as an improved Flower Class Corvette the River Class were highly successful Convoy Escorts with long range, heavy depth charge load and good sea keeping. Built in both Canada and Britain they became the mainstay of the Atlantic Escorts in the latter stages of the war.

They were however amongst the first vessels to be built part welded and riveted, which meant that units could be built around the country and delivered to the shipyard for building. A method pioneered by the British yards, and indeed the way ships are still built to this day. The design was also used as the basis of the USN "Tacoma class", known to the RN as the "Colony Class". The hull design was later elaborated into the "Loch and Bay Class" Frigates