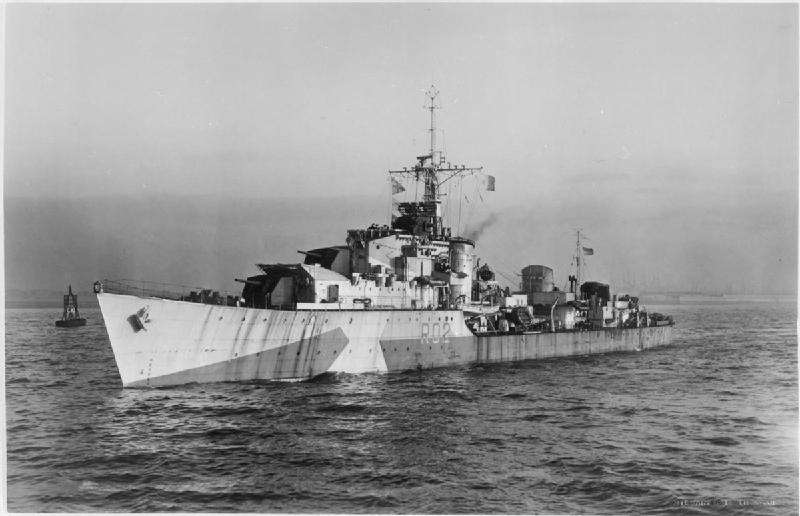 Following completion of trials and storing, in July 1944, took passage to Scapa Flow where she worked up for service with ships of the Home Fleet.  From October through December 1944 deplayed on Flotilla duties and anti-submarine operations in North-West Approaches and North Sea.  In January 19945 was deployed on escort duties in Norwegian waters after which she returned to Scapa Flow.

In February 1945 undertook convoy escort duties for Russian convoys.  With other Royal Navy vessels assisted in the evacuation of 500 civilians from the Island of Soroy when that Island was under attack by German forces.  The civilian passengers embarked were landed in Murmansk after which HMS Zest resumed fleet duties with the Flotilla

In March and April 1945, deployed on Home Fleet duties with the 2nd Destroyer Flotilla and with Escort duties for Russian convoys.

In May 1945, was deployed to Copemhagen, with other R.N. vessels, to accept the surrender of the two German Cruisers NURNBERG and HIPPER

From June through August 1945 – deployed with Flotilla in support of reoccuptaion operations and fleet duties, and attended VJ celebrations at Woolwich, London, with other Destroyers.

HMS ZEST remained in commission and joined 4th Destroyer Flotilla Home Fleet after VJ Day. She served with the Home Fleet till February 1947, apart from a refit at Leith in September 1945.

In March 1956, whilst in the Reserve Fleet at Chatham, she was selected for conversion to a Type 15 Anti-Submarine Frigate. On completion by  HM Dockyard Chatham in 1958, she re-commissioned for service in the 3rd Training Squadron at Londonderry. When this Squadron was disbanded she transferred to the 4th Frigate Squadron until refitted in Malta during 1961.

After refitting HMS ZEST joined the 24th Escort in which she served until July 1968 when paid off into Reserve at Plymouth.

In 1969 she was placed on the Disposal List and sold to BISCO for demolition by Arnott Young at Dalmuir on the Clyde. Whilst on tow by the tug BUSTLER the ship broke away from tow. After re-connection she arrived at the breakers on 18th July 1970.  For final demolition, she was towed down to Troon for the attention of the West of Scotland Shipbreakling Company.