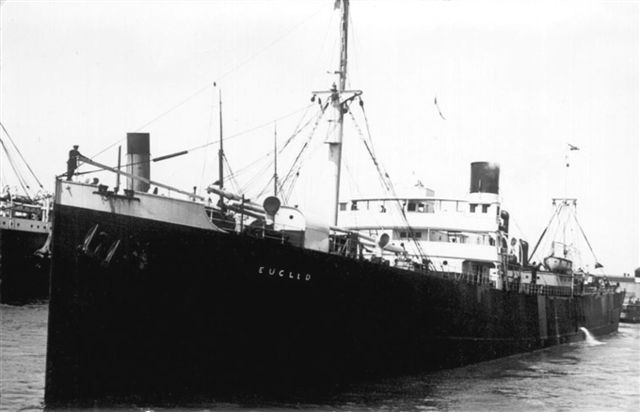 Built as Horley for Houlder Middleton of London

Following an explosion and fire on board the vessel whilst on a passage from Vizagatapam to Liverpool, and in a position off Holyhead Bay, the vessel was taken in tow to LIverpool then towed to Troon for breaking up.  Photo shows her as Lamport & Holt's  EUCLID