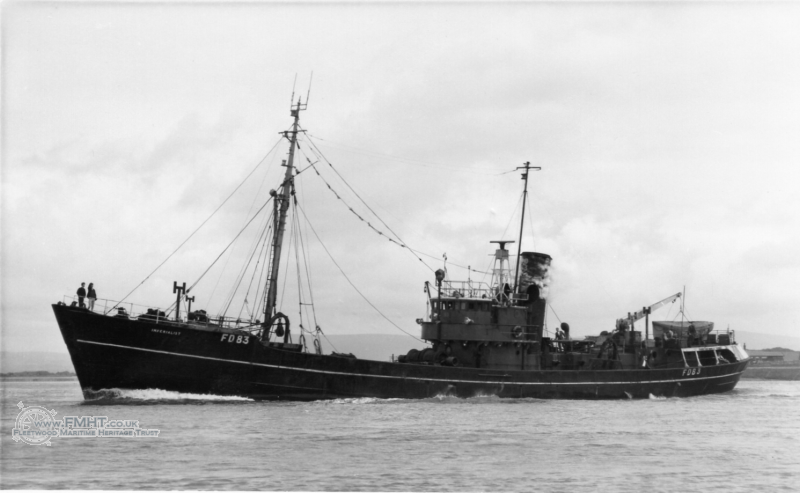 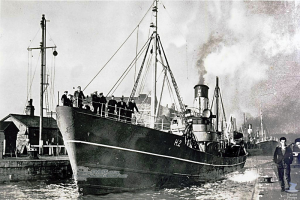 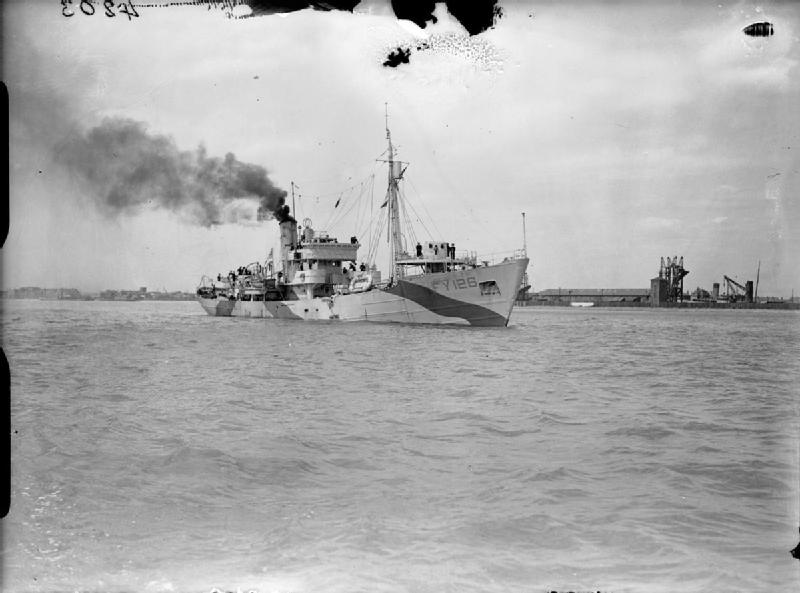 Decb 1966  :   Sold to the West of Scotland Shipbreaking Company Limited of Troon for breaking

20-12-1966  :  Arrived at Troon Harbour under own steam, delivered from Fleetwood for breaking up.

In the Atlantic Ocean, off the coast of Tangiers. HMS Imperialist. on convoy escort/protection duty, detected an enemy submarinein the vicinity of the Convoy immediately set out attacking her with a total speard of ten depth-charges, which succeeded in bringing the submarine to the surface.  This was the Type VII C  U-732, under the command of Oberleutnant Zur See, Klaus-Peter Carlsen.  On surfacing, HMS Imperialist approached the enemy boat and using her gun destroyed the U-Boat's own deck gun, causing the boat to dive again.  The anti-submarine trawler then dropped ten more depth charges, followed by a further eight . With contact lost, it was believed the submarine had been sunk and thus destroyed.

However, U-732 lay on the ocean floor at a depth of 585 feet and stayed there for eight hours.  When she did finally surface she was listing heavily but could still move forward.  However, she was detected by the searchlight of the Destroyer HMS Douglas which opened fire causing severe damage to the U-Boat.  Oberleutnant Carslen gave the order to abandon the ans scuttle the boat.  He and 18 of his men were picked up by HMS Douglas, the other 31 men making up the U-732 complement lost their lives.

October 1959  :  Refloated after temporary repairs to shell plating then proceeded to Hull for permanent repairs