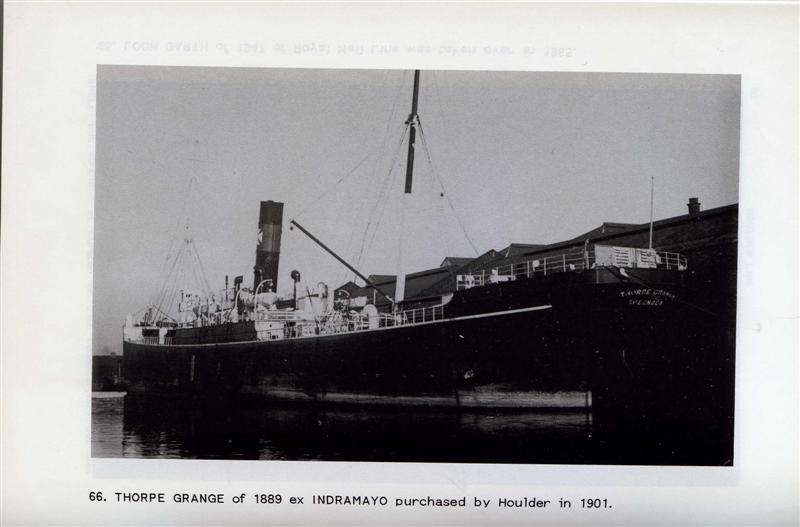 Chartered by Tyser & Company in 1892 who added refrigeration cargo space to the vessel.

Sold to Houlder Brothers in 1901 and renamed Thorpe Grange.

She had the distinction of being the first Houlder vessel to discharge frozen produce at Southampton in 1925.