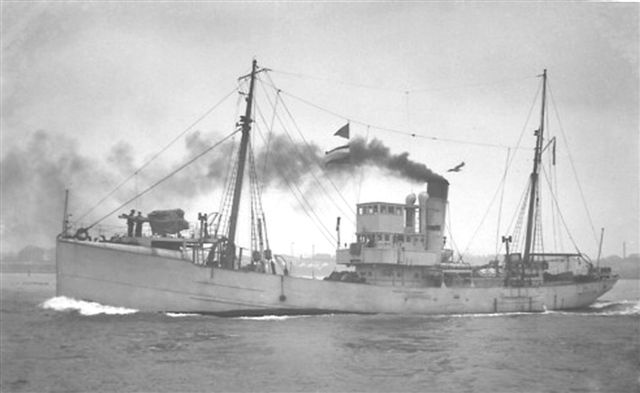 1935  :  Purchased by the Royal Navy and renamed HMS Laurel with Pennant No. T29

Converted for service as a Minesweeper in 1936, complete with a four-inch deck gun, and served  throughout WWII.  One of twenty trawlers purchased by the Royal Navy in late 1935 for conversion to serve in various roles but chiefly minesweeping for which these vessels were regarded very suitable. All were renamed after tree types.

HMS Laurel served as a wreck dispersal vessel from 1943, based out of Port Talbot