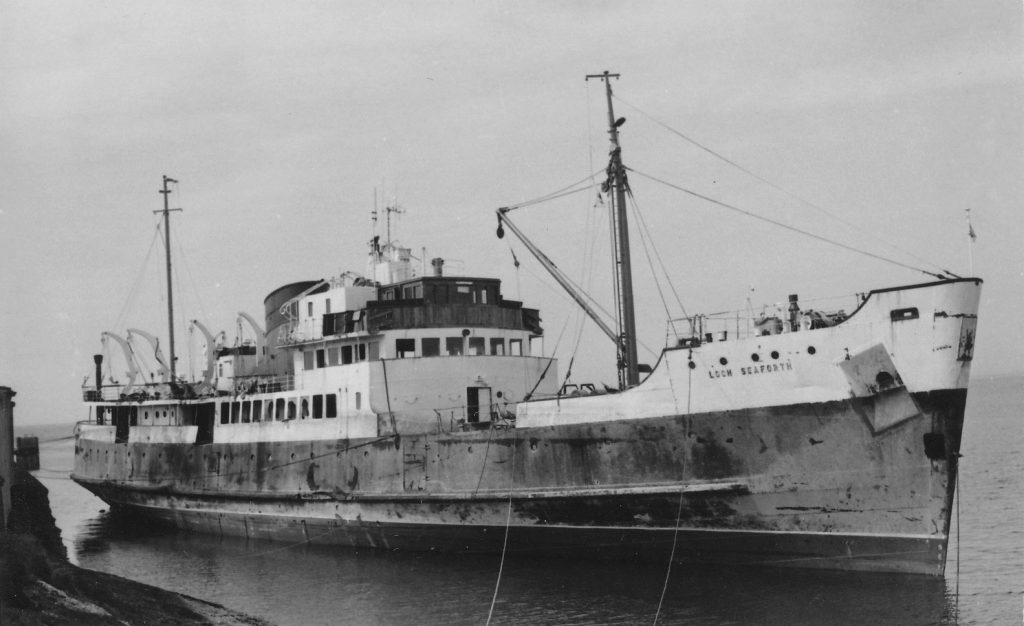 Twin-Screw Passenger/Cargo vessel built for David MacBrayne for service on the Mallaig-Kyle of Lochalsh-Stornoway run.

Launched on 19th of May 1947, but not completed until December of 1947 due to delays.  Propulsion was by means of twin Sulzer 6-cylinder two-stroke diesel engines developing 1,800 BHP to give the vessel a service speed of 15 knots.

First vessel of MacBrayne's fleet to be fitted out with radar – May 1949.

Taken off the Stornoway run in May of 1972 and assigned the Oban-Coll-Tiree-Barra-Lochboisdale run, with occasional visits to Colonsay.

On 06:00 hours on the morning of 22nd March 1973 she was wrecked when she ran aground on the Cleit Rock in the Sound of Gunna, two miles East of Tiree.  Holed badly below the Engine Room, causing the rapid flooding. She was towed to Gott Bay, Tiree by tug, but following the collapse of a bulkhead she filled again and settled on the bottom, blocking access to the pier.  Declared a constructive total loss following a survey, she was towed (using buoyancy aids) to Troon where she arrived in June 1973 for breaking by the WSSCL.