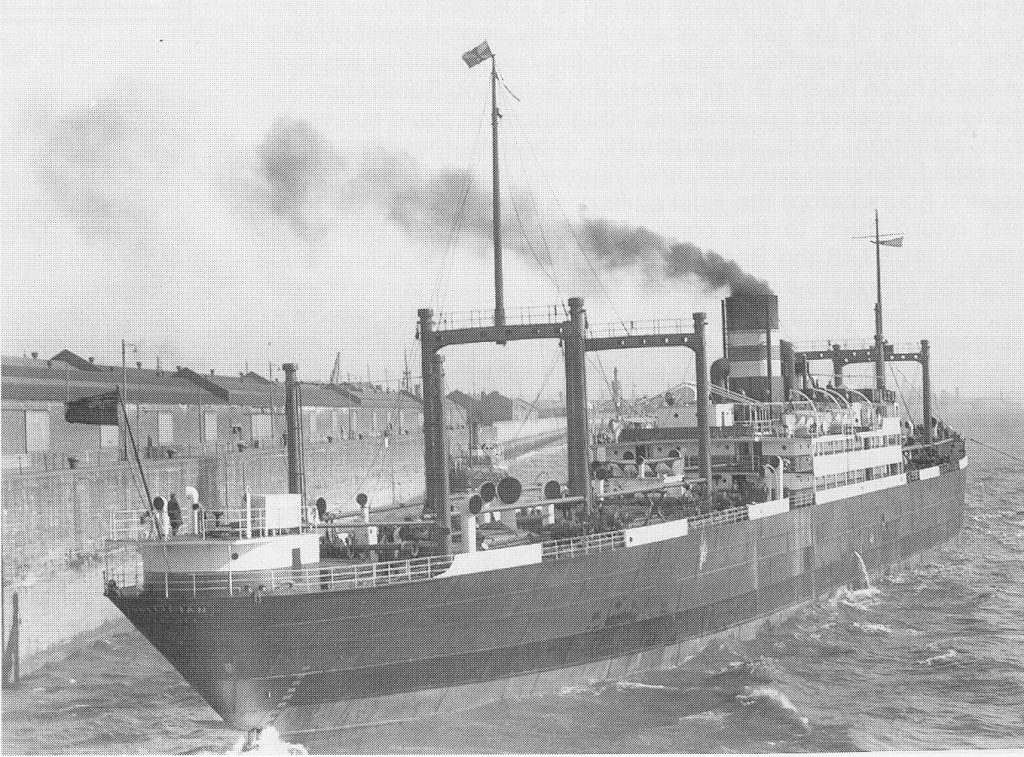 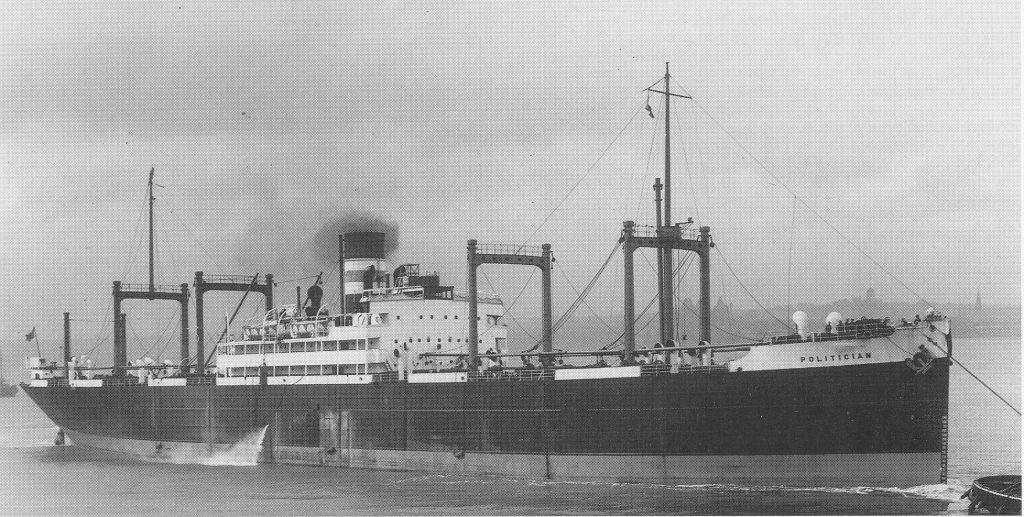 May 1923      :  Completed for Neptune Steam Navigation Company Limited of London

On Monday 3rd February 1941, S.S. POlitician sailed from Liverpool, bound for Kingston, Jamaica, and New Orleans with a general cargo, some 2, 220 tons, of mixed goods and merchandise including cotton goods, Irish linen, telephones, stores for RAF and Army detachments stationed on the West Indies and, famously, 22,000 cases of the finest Scotch Whisky.  She was routed independently, that is without the company and protection of a convoy as she approached the Minches.

From midnight on the 4th February, the weather deteriorated rapidly as the steamer pushed her way on a Northerly course through heavy seas.  A curtain of heavy rain made the situation worse, with visibility severely restricted.  At 07:40 hours, land was sighted through the gloom of darkness, where no land should have been seen, five or six points off the starboard bow.  A few minutes later, the large vessel struck a submerged rock  just off the East side of Calvay Island, in the Sound of Eriskay.

It is assumed that the wartime dimmed lights of the Skerryvore and Barra Head Lighthouses, coupled with the strong Westerly set, caused the ship be well to the West of her proper course.  Salvage attempts were thwarted by bad weather and the non-availability of urgently-needed-elsewhere tugs.  The vessel's back was broken and in due course the forward section was cut free, floated off and towed South to Kames Bay, Isle of Bute where, in the Spring of 1942, it was beached near Port Bannatyne until a decision taken on what was to happen to it.  In due course the fore section was sold for scrapping to Messrs Arnott Young, who had taken over the West of Scotland Shipbreaking Company's Troon facility from 1938,  and the hulk wass ent there for disposal.

The aft section was also salvaged in parts, to be duly carried away, and after cutting her down to sea level any further salvage attempts were abandoned in July of 1944.

The difficult and oftimes hilarious efforts of the Islanders to liberate the doomed cargo of prime whisky was the subject to a subsequent book and Ealing Studios comedy by author and playwright Sir Compton MacKenzie.

NOTE :  No precise detalis or dates of this hulk's arrival and condition arriving at the Shipbreakers have been found until now.