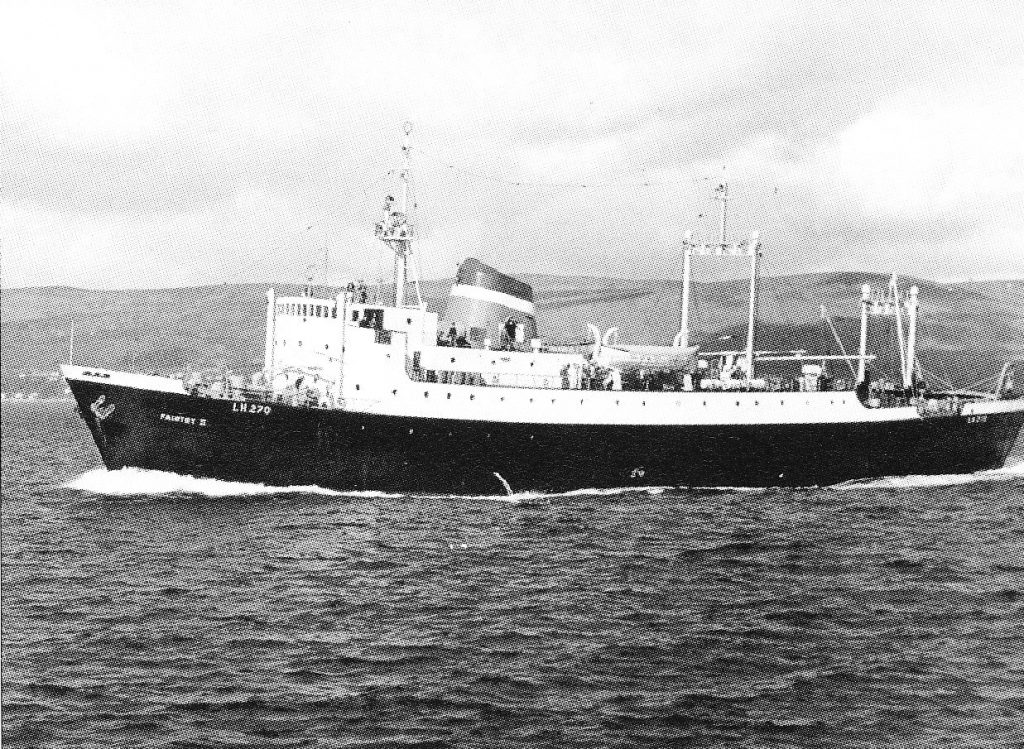 1971 :  Sold to Vickers Oceanics Limited of Barrow. Converted to serve as a Mother-Ship for Submersibles and also as a Diving Support Vessel.  Name changed to VICKERS VOYAGER.  Registered in Barrow.  Gross tonnage following modifications for new role increased from as-built 2,839 to 3,004

1984  :  Vessel sent for breaking to WSSCL of Troon, arriving there under tow of the Clyde tug THUNDERER

Demolition was was anything but a straightforward job, a large (200 tonne) crane had to be employed to remove some of the very heavy equipment on board, e.g. Diving Bells, Decompression Chambers, miles of heavy piping, much of which was carefully salvaged and returned to Leith for future use in a new Diving Support Vessel being planned at that time for Aberdeen.

According to a local historian, a total of 443 ships were broken up by the West of Scotland Shipbreaking Coy.