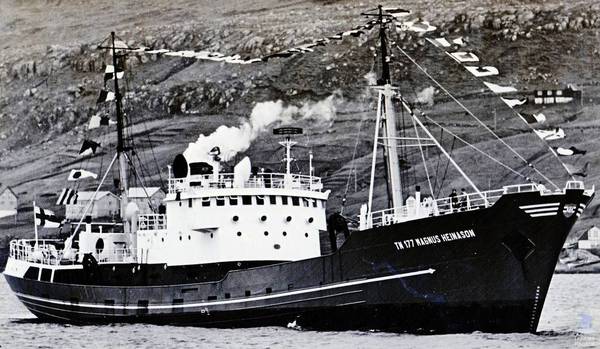 Propulsion :   Steam Turbine developing 1,375 IHP to give vessel a speed of 13 knots

Whilst lying at Isafjordur, Iceland, on 09-10-1973, extensive damage was caused to the vessel when a fire developed in the Engine Room.  The vessel was later towed back to the Faroe Isles for examination and survey, but was declared a constructive total loss.  She was later towed to Troon on the West Coast of Scotland to be broken up by the West of Scotland Shipbreakling Company of Troon.