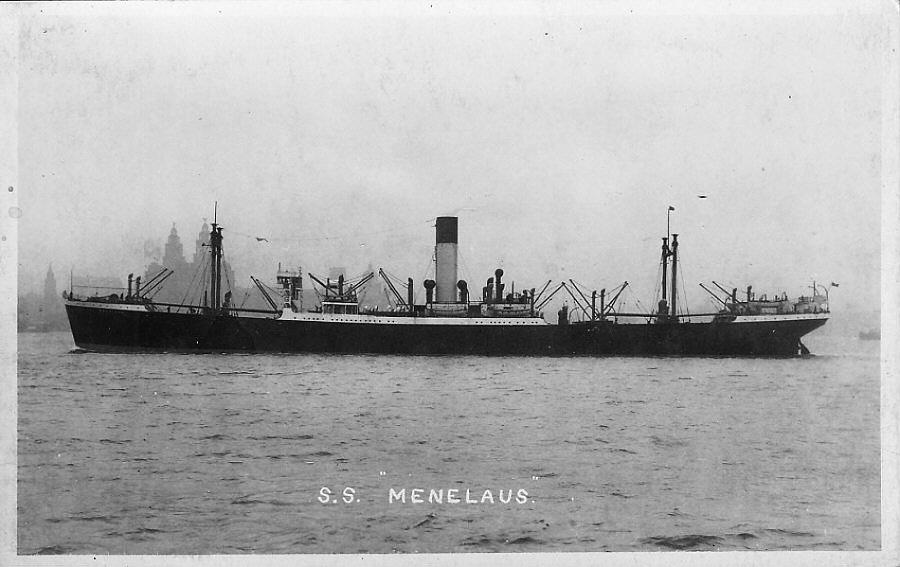 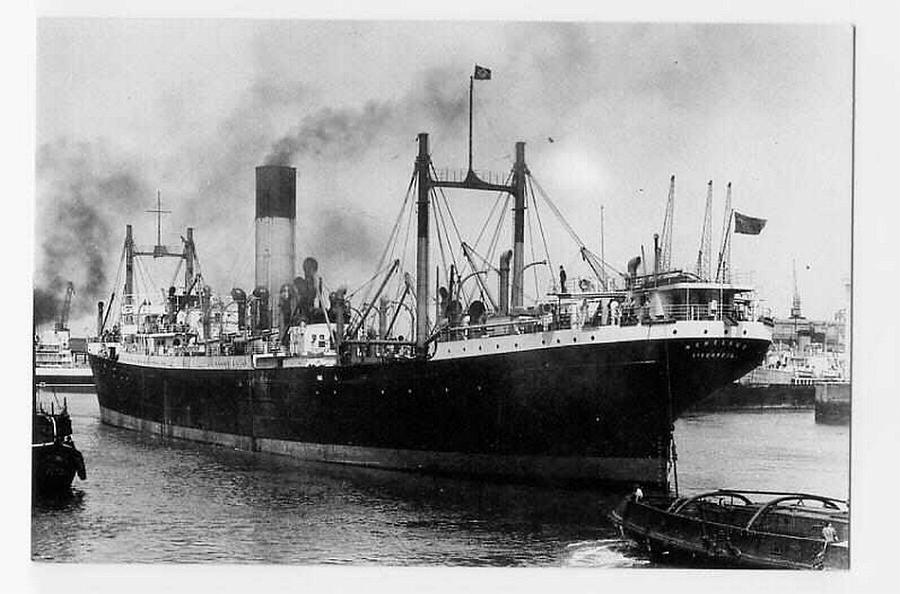 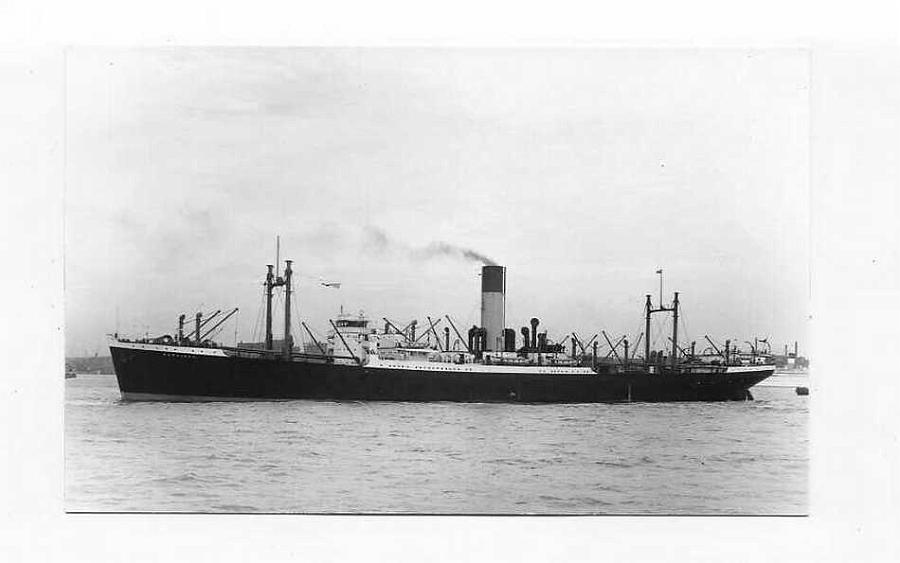 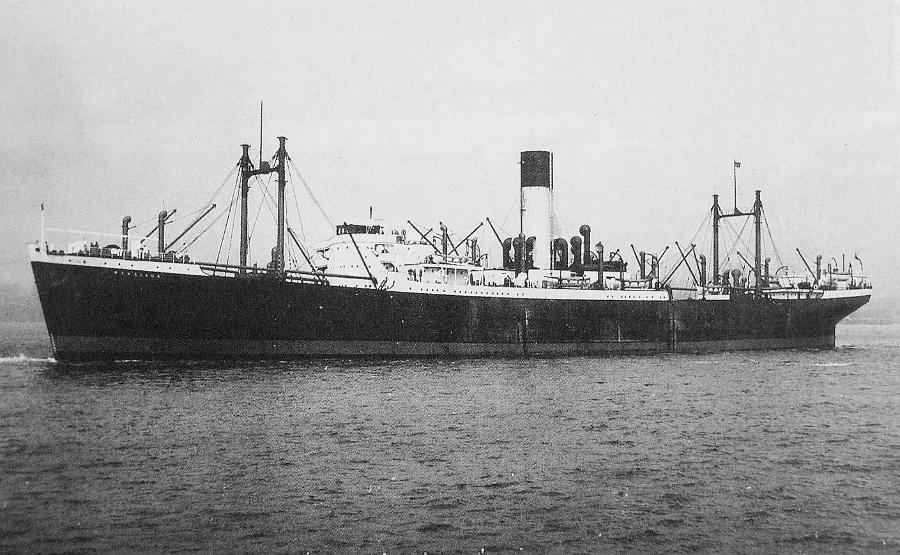 Passenger-Cargo reefer built by the Caledon Shipyard of Dundee for Messrs A. Holt & Company of Liverpool

In 1940, MENELAUS was in collision with the Ellerman liner CITY OF LONDON.

On Christmas Day, 1940, MENELAUS had a close encounter with the German warship ADMIRAL HIPPER, in the Mediterranean, but convoy escports came to her rescue

On 1st of May 1942, whilst on a passage from Durban to Baltimore, and in a position some 700 miles South-West of St. Helena, the MENELAUS came under attack from the German commerce raider MICHEL, under the command of the infamous Helmuth von Ruckteschell.  Menelaus laid a smokescreen between herself and the Raider, by which means she was fortunate to make her safe escape from a dangerous situation.  Commander von Ruckteschell later stated that this was the only merchant vessel that managed to evade his attentions during WWII.

29-08-1952  :  The vessel hulk arrived at the Troon ship-breaking facility of West of Scotland Shipbreaking Coy.