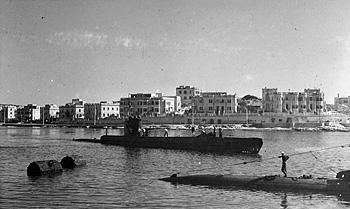 She also launched failed attacks on the Italian submarine Antonio Sciesa and the small German minesweeper R 212, but her most important target was the Italian light cruiser Attilio Regolo, which was torpedoed by HMS Unruffled on 7 November 1942.  60 feet of bow were blown off, but HMS Unruffled could not sink the cruiser, having by now run out of torpedoes. The damaged cruiser was towed to port by the tug Polifemo, escorted by the torpedo boats Cigno, Lince and Abba.  Another attack by HMS United failed, but the Attilio Regolo was out of action for the rest of the war.

In addition to these actions, HMS Unruffled took part in Operation Harpoon and Operation Vigorous.