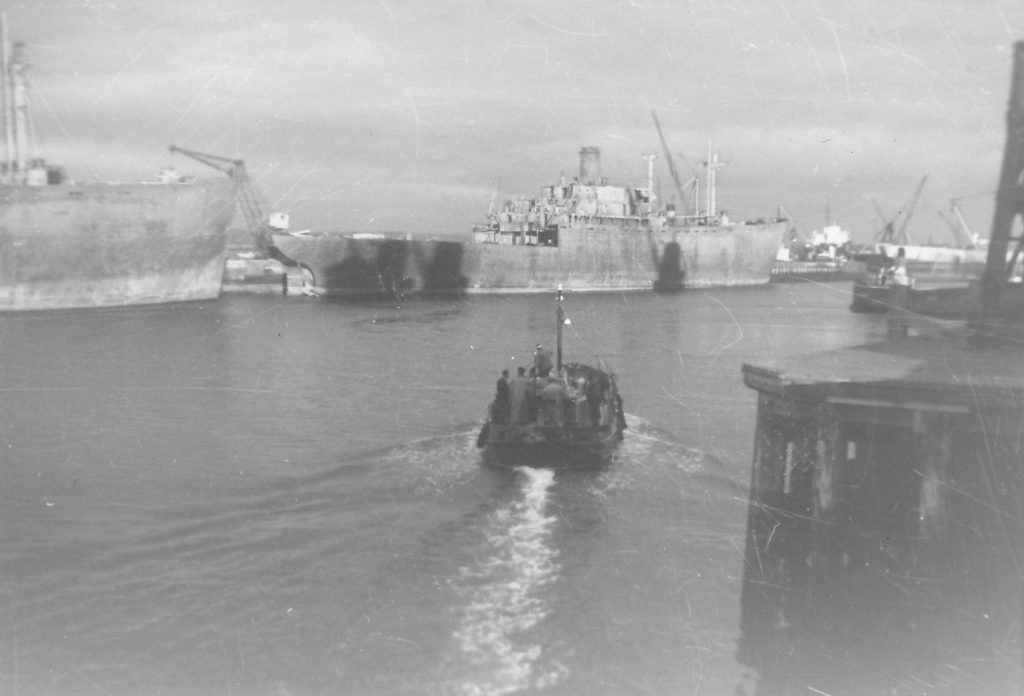 Steam engine by the General Machinery Corporation of Hamilton, Ohio.

The image shows S.S. POCAHONTAS alongside the East Breakwater at Troon with a substantial amount of her topworks already removed.  At her stern, the forepart of another wartime Liberty – the S.S. JOHN JAY

Note the small launch making her way into the Harbour from the Wet Basin.  It may be the Lifeboat of that day. It is well filled with VIP-lokking types – perhaps there was a launching taking place from Ailsa the day the photograph was taken.