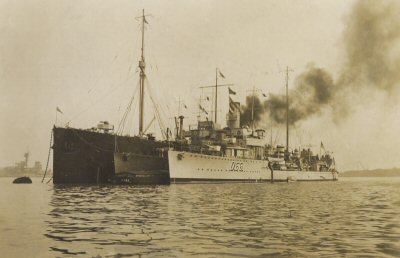 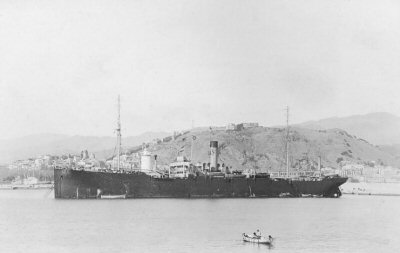 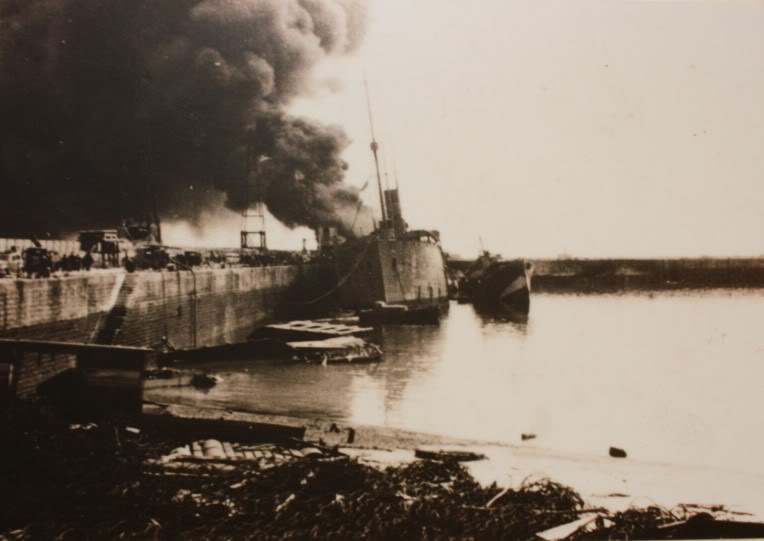 In 1915, served as the dummy vessel HMS INDOMITABLE at the beginning of WWI

In Septemeber 1916, this cargo liner was converted by the Yard of Messrs Workman, Clark & Company of Belfast to the role of a Destroyer depot/repair depot ship for escort vessels, involving the erection of moulding and fitting-out shops, foundry, smithy and various other shops that would facilittate the fuction of this vessel to effect any repairs necessary to Destroyers without the need for them to return to port.  Vessel renamed HMS SANDHURST Pennant No. F92.

Served at Dover 1939 – 1940 then initially at Londonderry, Northern Ireland, and later, at Greenock of the Firth of Clyde, in her Admiralty role as a Naval Support Ship.

Steam propulsion rated at 4,000 IHP to provide a service speed of 10.5 knots

Whilst at Dover the vesel was badly damaged by aerial torpedo and set on fire.

Arrived down at the WSSCL as hulk from Dalmuir