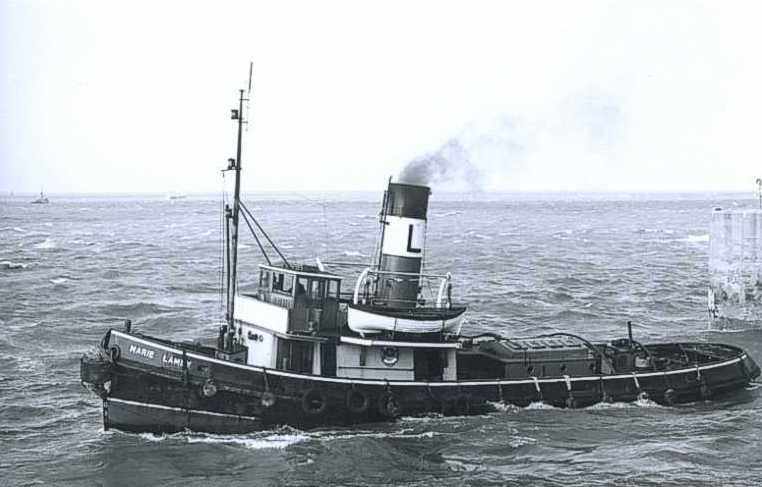 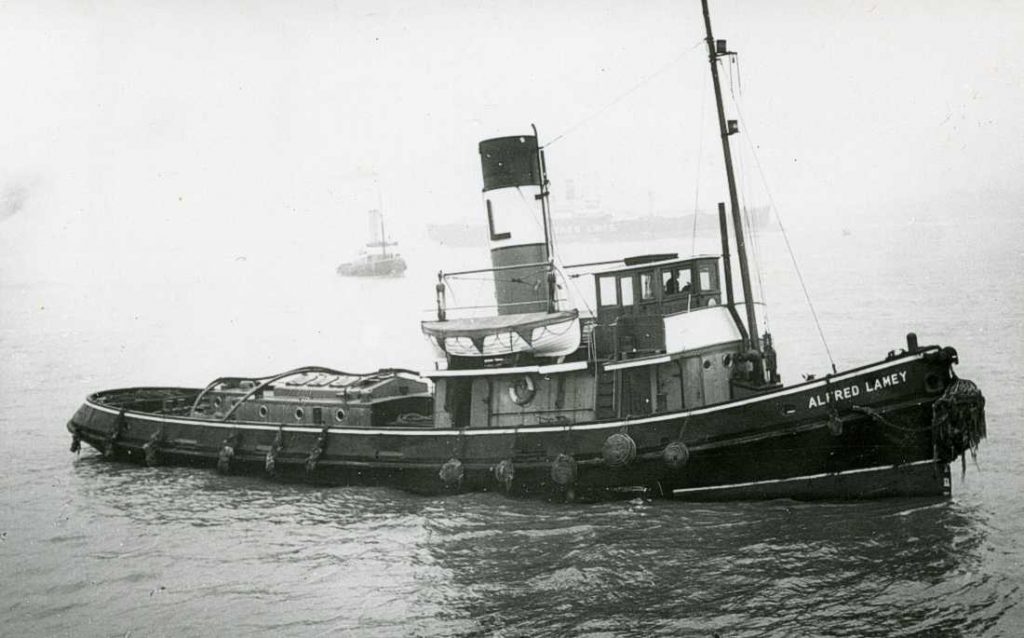 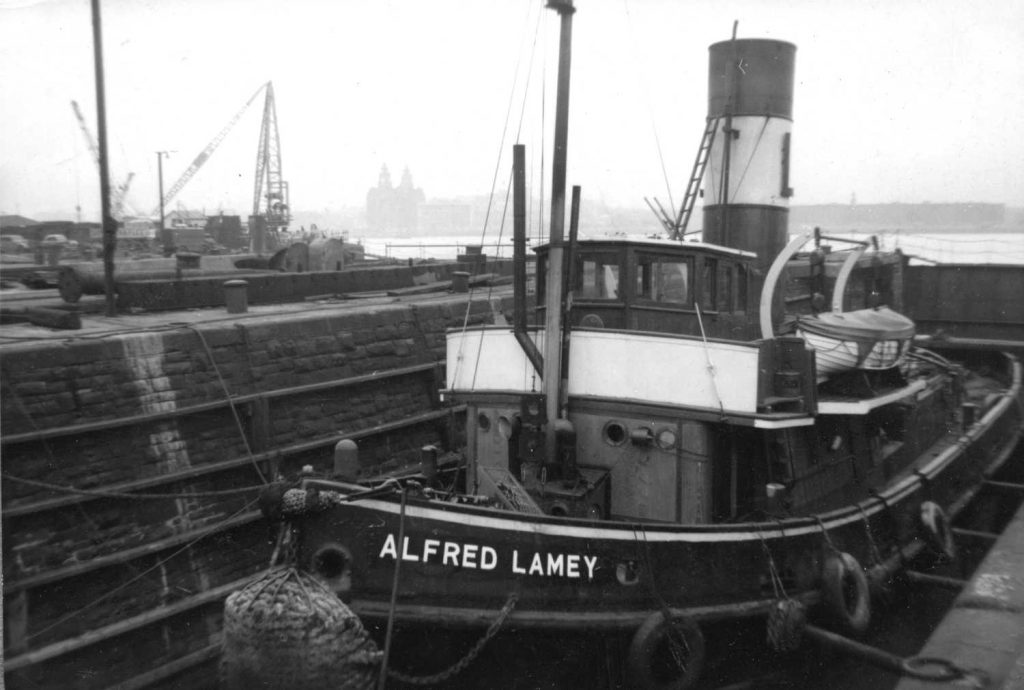 Launched as S.S. Sparkler for the Admiralty

1967 :  Laid up in April and offered for sale.  Sold to Northern Slipways Limited of Dublin, but remained in LIverpool, then vessel was re-sold to the West of Scotland Shipbreaking Company of Troon.

This was the last coal-burning ship-towing Merseyside tug.

On completion, allocated to the shore establishment of HMS Ferret (Londonderry)

02-10-1953  :  Grounded along with Empire Demon when attending the French steamer S.S. Formigny at Londonderry, the latter vessel having grounded on a mud bank next to the Aberfoyle Light.

(Photograph below, courtesy of Alan Hughes, showing vessel in Clover's Dry-Dock No. 2 (Birkenhead) in 1958 when changing from Sparkler to Alfred Lamey.  Other images taken from TT Forum but origin and source not known)