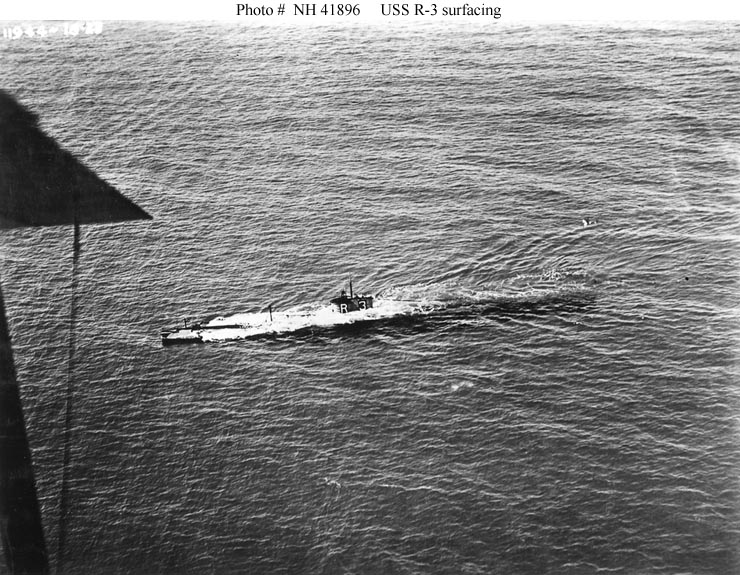 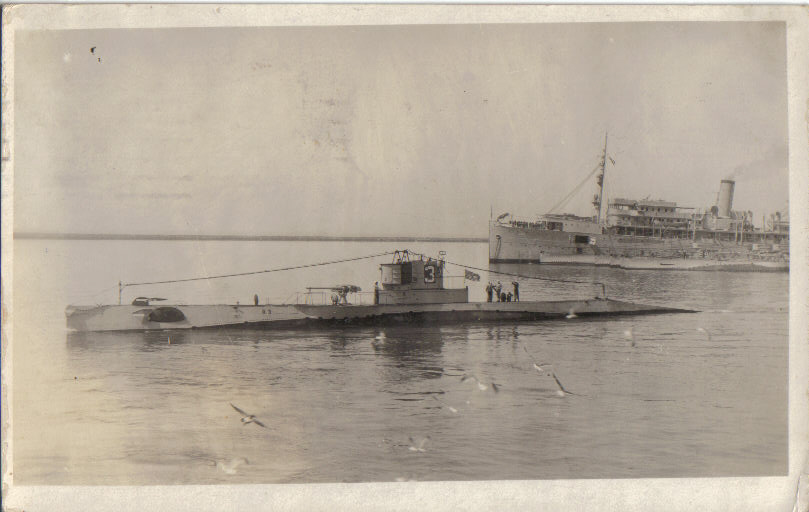 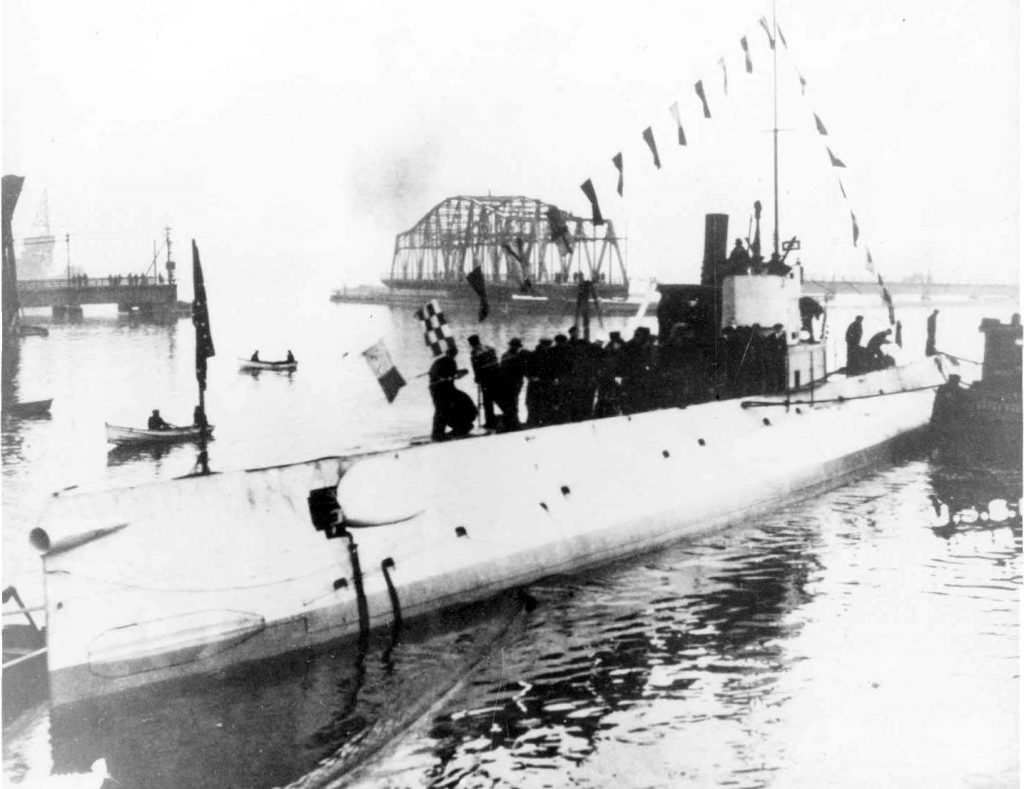 Launched a the USS R-3 for the United States Navy

After shakedown off the Massachusetts coast, R-3 was assigned to Submarine Division 9 at New London, Connect She departed New London with USN Tender Camden (AS-6) on 4 December 1919 for Norfolk and a winter deployment with the division in the Gulf of Mexico from 13 January to 27 March 1920. R-3 returned to New London on 18 May for four months of summer exercises with R-1 and R-2  Given hull classification symbol SS-80, in July, she sailed on 13 September for Norfolk and overhaul.

R-3 was transferred to the Pacific with Division 9 on 8 April, transited the Panama Canal on 28 May, and arrived 30 June at her new base, San Pedro, California.  After operating for two years in Californian waters, she was transferred 16 July 1923 to Pearl Harbor she was stationed for the next years, engaging in training and operations with fleet units.

R-3 was reassigned 12 December 1930 to the Atlantic Fleet for duty with Division 4, arriving 9 February 1931 at New London. After acting as a training ship at the Submarine School, New London for five months, she was ordered 6 May to Washington DC,  for air purification tests by the Naval Research Laboratory. In 1932, R-3 conducted sound and radio experiments for the laboratory and trained personnel from the Deep Sea Diving School off Piney Point, Maryland.

R-3 was placed in reduced commission 26 April 1933 and after testing low-pressure valves for the Naval Research Laboratory, departed for Annapolis, Maryland on 2 June 1933, where she served as a training ship for future generations of submariners. She sailed 22 February 1934 for Guantanamo Bay and sound operations with Eagle 58,  followed by training duty at Washington, DC, with the Deep Sea Diving School. R-3 was decommissioned 10 August 1934 at Philadelphia, Pennsylvania.

R-3 recommissioned 19 August 1940 at New London, was attached to Division 42, and after a brief period at New London, 23 October to 10 December, headed for Coco Solo.  Patrols and training duties followed and in mid-1941 she returned to New London to prepare for transfer to the Royal Navy.  Decommissioned and transferred on 4th November 1941, R-3 was struck from the Naval Vessel Register on 7 November 1941. She continued her career in British home waters as HMS P-511, a training submarine, joining the 7th Flotilla at Holy Loch, Scotland, for anti-submarine warfare training in January 1942, then transferring in January 1943 to Plymouth, England, also for use as an anti-submarine warfare training boat, until returned to the U.S. Navy in the United Kingdom, on 20th December 1944.  Unfit for service after the war, she was sent for scrapping after breaking loose from her mooring in Kames Bay on 27-11-1947, and arrived at the WSSCL facility in Troon, on 30th December 1947.