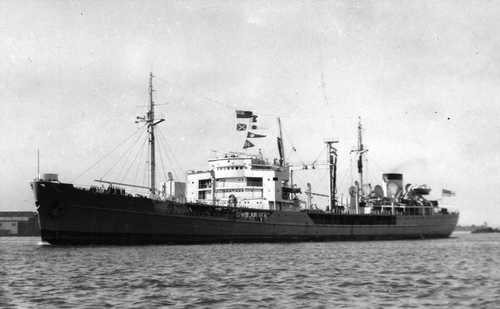 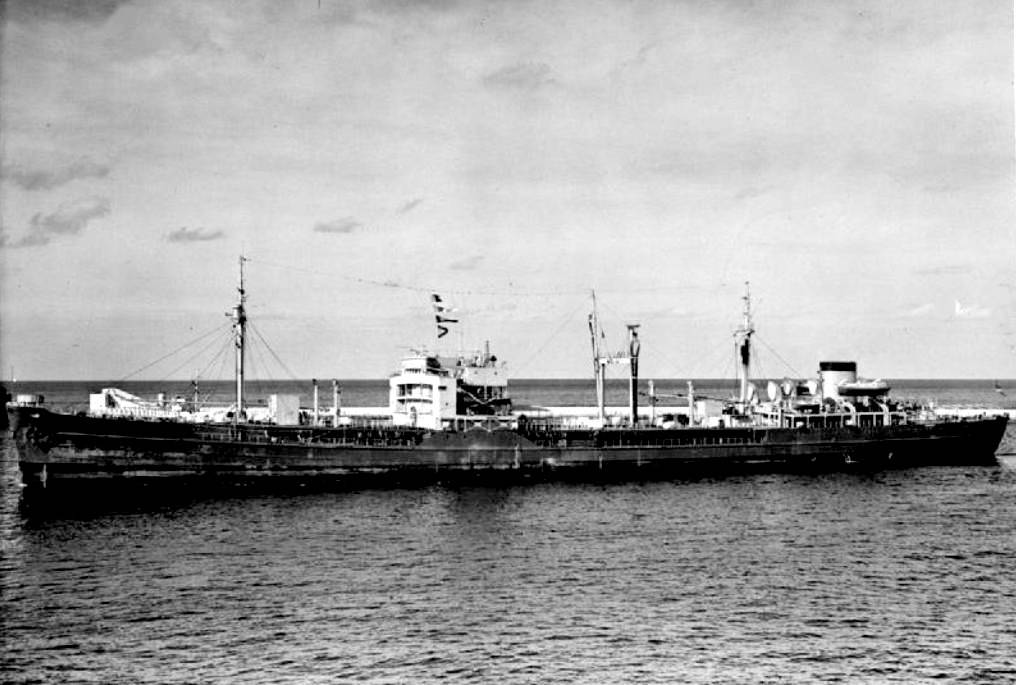 Former German Navy fast oiler vessel, taken a a prize ship at Copenhagen in May 1945

Following capture in Denmark, the vessel was taken to Rosyth, in Scotland, and a month later to Hebburn on Tyneside for survey, repairs and conversion for service with the British Pacific Fleet but, with the war in the Pacific ended, she was placed in Reserve.

She was renamed RFA Northmark in January 1946 for a proposed role as an RFA manned Oiler but, the costs being considered prohibitive and unjustifed, a follow-up proposal for her to take up service asa naval vessel was taken up, for which she was refitted in 1947 and, on completion, was renamed HMS BULAWAYO, Pennant A 121, serving as such until she was finally decommissioned in October 1955 and sold for breaking on 4th October 1955.

Initially breaking took place at Arnott Young, Dalmuir, with the hulk later completed by the West of Scotland Shipbreaking Company facilities in Troon, South Ayrshire, where she arrived in January 1956.