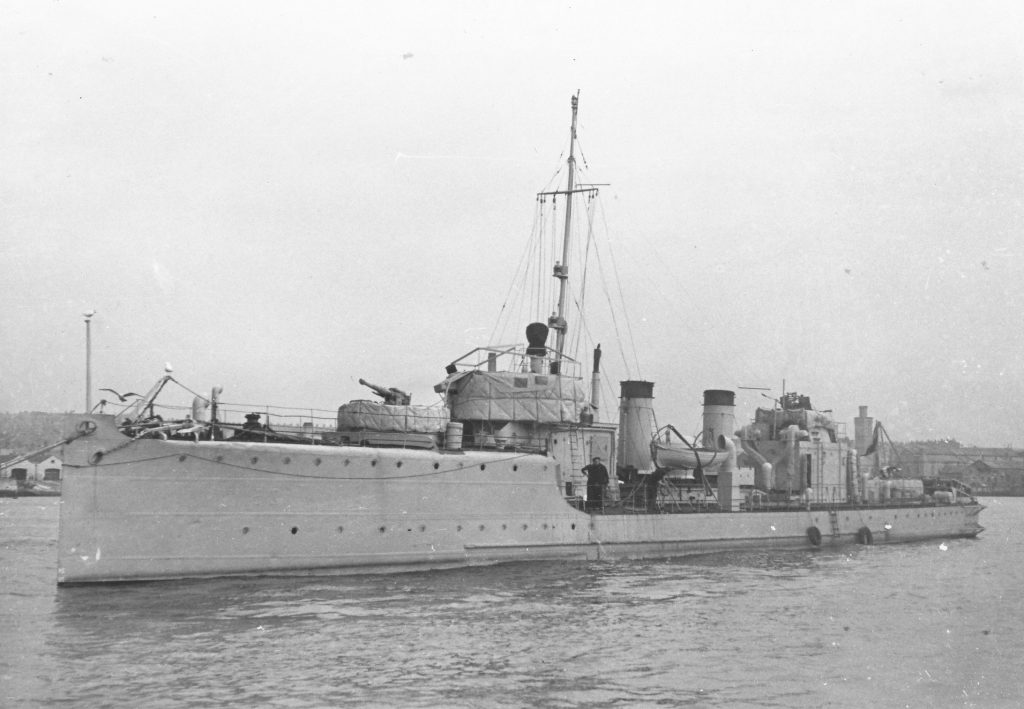 Original Yard No: Not yet established

Name changed in May of 1943 to HMS Blade after transfer to the British Royal Navy.

Originally built as a seagoing Torpedo-Gunboat for the Royal Netherlands Navy and named Z 5 with Pennant No. H 97

1932  :  Converted to to a Patrol Vessel, altering her original shape and appearance.

With the German occupation of the Netherlands, Z5 made her escape from Holland to the UK on 14th May 1940. She was transferred to the Royal Navy on 2nd March 1942 but not renamed until May 1943.  Under the R.N. she served the role of a Naval Stores Ship and Submarine Tender to the 7th Flotilla.  At the end of hostilities, she was returned to the Royal Netherlands Navy on 9th April 1945, but not re-commissioned.  In October 1945 she was sold and scrapped at Troon as indicated above.