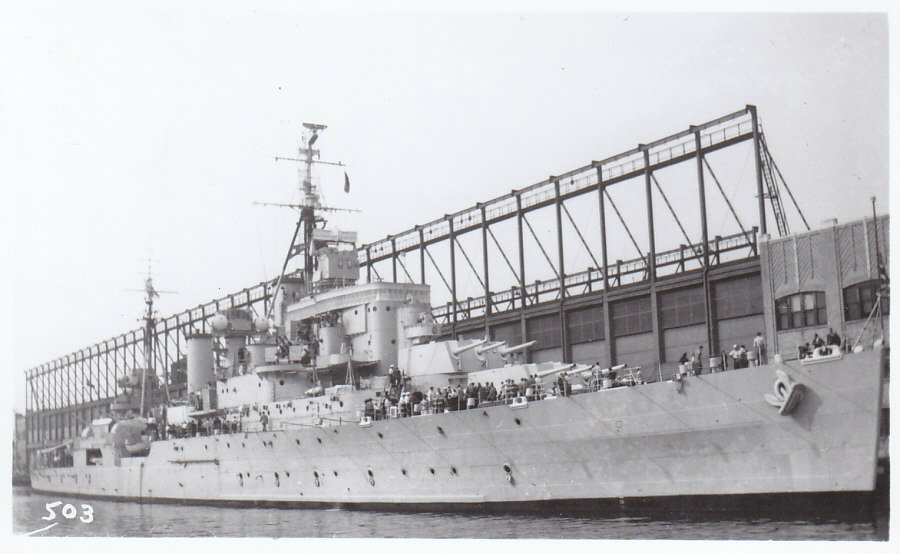 DEVELOPMENT AND CAREER OF HMS SUPERB

HMS Superb was the last of the Minotaurs to be built, and was completed to a slightly different design to that of the previous members of the class, with a foot more beam than her immediate predecessor HMS Swiftsure, which had introduced Type 274 lock and follow radar directors for surface action.

With HMS Superb, the first Type 275 sets, modified versions of the lock and follow radar, were introduced to also control anti aircraft fire of the twin four inch mounts. Unfortunately the versions of 275 fitted were the British glasshouse director version, which had higher tolerances and less reliability than the American versions of the set, which were reserved for the latter Battle class destroyers and carriers HMS Eagle and HMS Ark Royal under construction and in particular the last battleship, HMS Vanguard for its secondary armamment.

Construction on her unfinished sisters was halted after the end of the war and they were later scrapped, or converted into the new HMS Tiger class automatic gun cruisers. HMS Superb was involved in the Corfu Channel Incident in 1946, but otherwise had an unremarkable career, spending some time as the flagship of Rear Admiral Sir Herbert Packer, and was decommissioned in 1957.

She was sold three years later and arrived at the Dalmuir yards of Arnott Young on 8 August 1960 to be scrapped. Although HMS Superb was the latest of the line of 6-inch gun cruisers to be completed, (the 1943 Minotaur class followed directly from the 1938 Colony and 1936 Town classes), she was also one of the first of this type to be broken up.

Plans for her modernisation were abandoned after the Duncan Sandys 1957 defence review. No more cruiser modernisations were approved, with new guided missile ships to take precedence. Pre-war ships lasted longer, showing the difference between peacetime and wartime building standards.